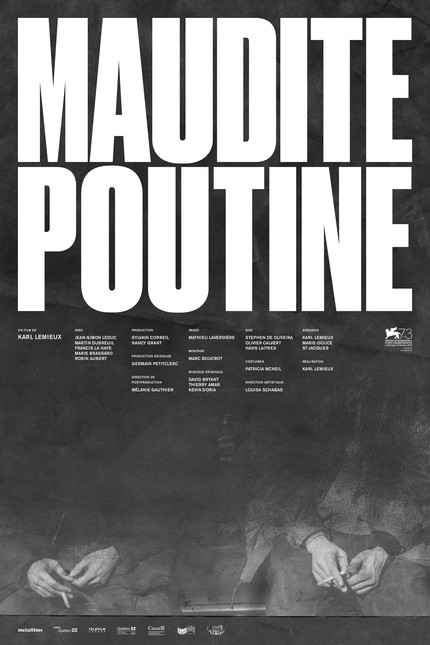 For those of us of a certain age and cultural outlook - particularly for those of us Canadians of that age and outlook - Montreal based musical collective Godspeed You Black Emperor hold a very special place in the heart, a very nearly religious place. Resolutely anti-commercial and anti-PR - the band have never licensed any of their music for commercial use and have never even produced a single piece of sanctioned merchandise outside of their music - they exploded on to the scene with compositions that were big and bold, precise yet shambolic, pieces that were not only unafraid to embrace big ideas but actively fused politics and religion and social issues into their sprawling, explosive soundscapes and created a new genre of music while doing it.

And while the music of Godspeed is impressive in its own right the music alone is not the whole story. Seen live it becomes clear that what the band set out to do was create a fully sensory experience. You didn't just hear them, they played it so damn loud that you felt it, too. And they drenched you in visual imagery while doing so.

The first time I had the chance to see Godspeed play would have been sometime after the first full length record came out. They didn't play a bar or concert hall but instead set up shop in what now is the home to the Hot Docs festival in Toronto but then was a battered and slowly decaying but greatly beloved old cinema. And cinema factored in large to their performance with one man up on the balcony simultaneously running a trio of projectors throwing a constant stream of moving images - all original material captured on 16mm - up on the screen and walls around the band. I didn't know it then, but I know now that man was Karl Lemieux, who has since gone on to have dedicated gallery shows at the MOMA, direct a string of award winning experimental films, and work with the likes of The Black Keys and Nine Inch Nails.

Lemieux is now back on the film festival circuit with his latest feature, the curiously titled Maudite Poutine - or the less curious Shambles for the international audience - which is about to have it's world premiere in Venice before moving on to Toronto and points beyond.

Caught stealing drugs from the wrong people, 27 year old Vincent is in trouble and on the run from the local mob. Fleeing to the backwoods, Vincent unexpectedly reconnects with his brother Michel with whom he’d cut ties many years ago. As he tries to maintain the semblance of a normal life hanging out with friends and playing in his band, Vincent witnesses his brother’s own turbulent downward spiral. MAUDITE POUTINE draws us into a darkly dystopian rural world, a place in which violence pervades the everyday but humanity still manages to shine through the cracks.

While the narrative threads certainly have been pulled farther forward here than in his early work for GYBE, Lemieux's visual style remains remarkably consistent. He remains rooted in high contrast celluloid, his images spare and raw in a way that wouldn't seem out of place in the early filmography of Tsukamoto Shinya or Ishii Sogo. But don't take my word for it. ScreenAnarchy is very pleased to present the first teaser for Maudite Poutine below. Take a look.

Do you feel this content is inappropriate or infringes upon your rights? Click here to report it, or see our DMCA policy.
godspeed you black emperorgybeKarl Lemieuxmaudite poutineshamblesteasertorontotrailerveniceMarie-Douce St-JacquesMartin DubreuilJean-Simon LeducDrama