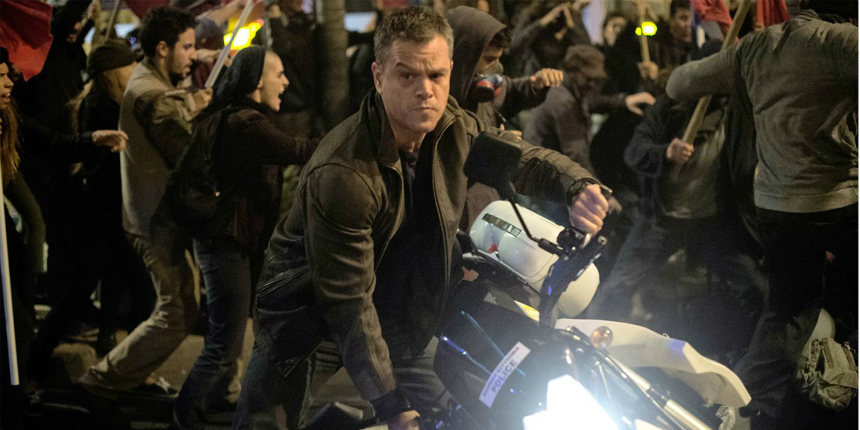 He wasn't always that way. When The Bourne Identity was released in 2002, Matt Damon was 31. He still had the flush of youth in his cheeks. (The year before, he'd been "Bobby Caldwell's kid" in Ocean's Eleven.) He was fit and trim, and he looked in great physical shape. The movie made him an action star, but after The Bourne Ultimatum completed the first trilogy in 2007, he resisted the temptation to make another installment.

Sure, Damon and director Paul Greengrass teamed again for the war drama Green Zone in 2010, but that was A Serious Movie that reportedly failed to make back its production budget on its initial theatrical release worldwide. Damon starred in Neill Blomkamp's Elysium in 2013, but that was more thoughtful than a typical sci-fi adventure. The movie performed better overseas than in the U.S.; it maybe wasn't a blockbuster, though receipts of more than $286 million were reassuring.

Meanwhile, The Bourne Legacy came out in 2012. Jeremy Renner proved himself an adept action star, a very decent replacement for Damon, all things considered, and director Tony Gilroy kept the style similar to what had already been exploited. Again, the box office results were fine, maybe a little less than desirable but more than respectable. 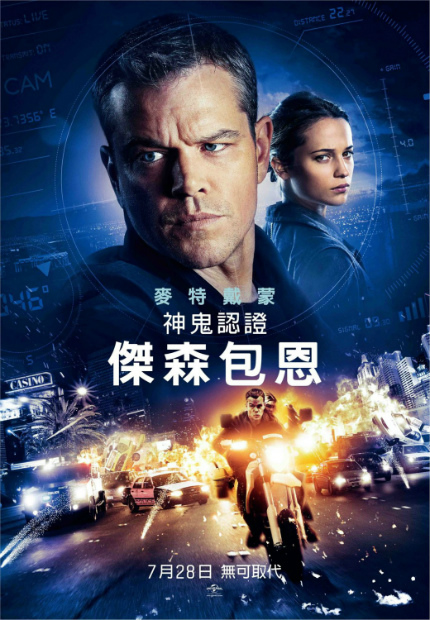 Somewhere along the way, Damon got the itch to make another Bourne movie. He and Greengrass talked about wanting to update the character, to reflect the increasingly frazzled world in which privacy from government intrusion is becoming a distant memory.

Was Damon also sneaking a look at the clock at the wall? Did he think about the relatively limited lifespan of action heroes on the silver screen? Did he glance at Ben Affleck getting ready to become a superhero and think, 'Gee, I don't want to put on a costume, but I could do that'? Did he look at his family, his wife and four children, and think, 'Boy, college is going to be expensive'?

Or, maybe he and Greengrass came up with a story that made them happy and eager to jump back into the action fray, touching on issues of privacy, security, government overreach, and killing people just to get them out of the way. (The latter becomes distinctly uncomfortable as the murderous action by a government assassin increasingly resembles terrorist activity.)

Times have changed since the original Bourne triogy arrived on the heels of 9/11. As I've grown older, I've become increasingly aware of things like context, so that a fairly early sequence in Jason Bourne, set against street protests in Athens, Greece, struck me as incredibly offensive, the sort of thing that might have been seen in a James Bond adventure in the 1960s. Yes, it's different, and it provides an extra dose of fire and explosions and anonymous dead bodies, but it can't help but feel like cheap exploitation, and that seems beneath Damon and Greengrass and the overall serious tone of the movie.

In October, Damon will turn 46. Granted, that's not old enough to quality for membership in the AARP (American Association for Retired People, minimum age: 50), but he's getting there, so perhaps he's pushing back in his own way by helping to resurrect his most famous and heroic action personality. (See also his upcoming starring role in The Great Wall.)

He's certainly free to do whatever he wants to do, and in Jason Bourne he definitely looks great and gives a strong performance, embodying the former secret agent with raging anger and a weary spirit. It may be that Damon and his collaborators will make further adventures featuring the aging agent, prematurely old because of all the time he spends trying to wash the blood off his hands.

Or maybe Jason Bourne will disappear into the wind and find a second career as a fisherman or a shoemaker or an accountant. He's not getting any younger. Maybe he should slow down and smell the roses.

Jason Bourne is now playing at a cinema near you. Critical Distance is a occasional column by the rapidly aging ScreenAnarchy managing editor, in which he quietly raves against the dying of the light.

Do you feel this content is inappropriate or infringes upon your rights? Click here to report it, or see our DMCA policy.
Jason BourneMatt DamonPaul Greengrass