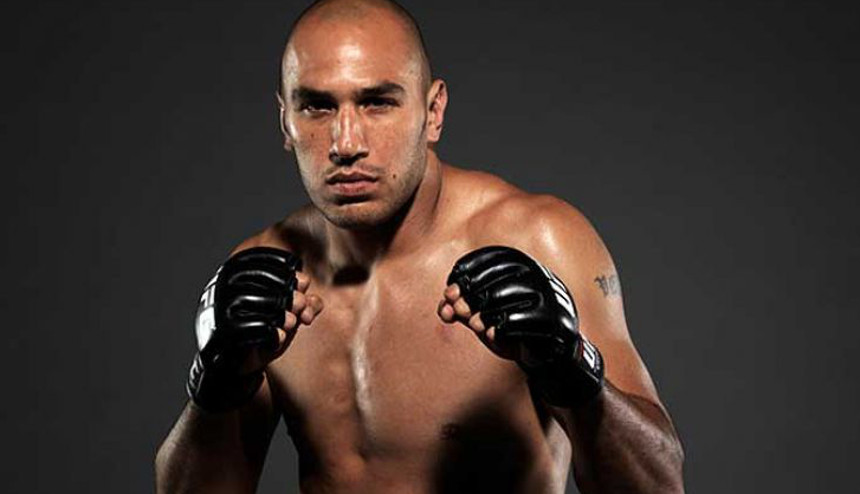 Filipino director Erik Matti has been on quite a roll in the past few years with his gritty thrillers On The Job and Honor Thy Father premiering in Cannes and Toronto, respectively, while his Aswang Chronicles films broke new ground for VFX work in his native country while delivering crowd pleasing entertainment. And it looks as though that roll isn't going to end any time soon with Matti currently in prep on what could easily prove to be his biggest international film to date.

Though proper rehearsals are not scheduled to start until next next month with photography not scheduled until November, the principal cast of Matti's upcoming Filipino martial arts oriented action film Buy Bust have already been training in the pekiti-tirsia kali combat system for a month, ensuring that they'll be able to execute the entire film using actual marital arts, with no digital cheating and with no body doubles.

Anchoring the cast are professional MMA fighter Brandon Vera - that's him in the photo up above - and local star Anne Curtis and while Vera certainly has more of a base of training to draw upon it would appear that both are doing just fine picking up the skills required based on teh training videos just released by the production. These are, of course, raw behind the scenes footage with the actors not working at anything close to full speed but the style of choreography - utilizing extensive knife and stick techniques - is on full display. Check them out below!

Do you feel this content is inappropriate or infringes upon your rights? Click here to report it, or see our DMCA policy.
anne curtisarnisbrandon verabuy busterik mattihonor thy fatherkalimartial artsmmaon the job