I AM NOT A SERIAL KILLER: Watch The Trailer For The Dark Thriller With Christopher Lloyd And Max Records 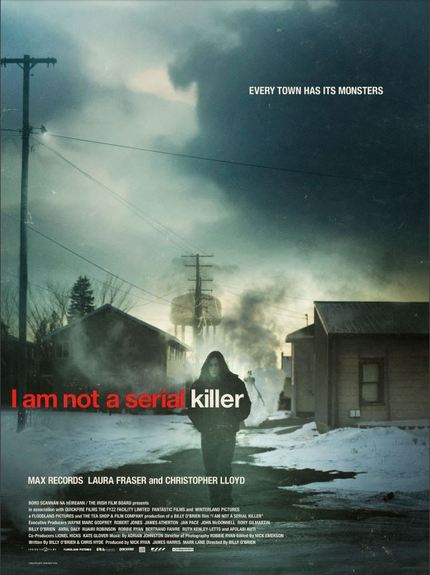 Isolation director Billy O'Brien took a bow at SXSW this year with his latest effort, I Am Not A Serial Killer. An adaptation of the novel by Dan Wells with a premise that basically starts as Dexter for young adults before spinning into much stranger territory, the film stars Where The Wild Things Are child actor Max Records as a small town teen who believes he is a sociopath likely to blossom into a serial killer who is drawn inexorably into the wake of an actual serial killer currently preying on his local community.

Christopher Lloyd also stars and after drawing positive press at its festival debut - here's our own Peter Martin's take - and with an August limited release coming soon to the US, and a Canadian premiere around the corner at the Fantasia Festival, the first trailer has just arrived to showcase what people loved about it.

O'Brien is a very gifted - and widely under rated, in my book - director who consistently strikes a strong balance between visuals, atmosphere and character and all three elements are clearly at play here. Records has a very different energy to him on screen now that he's aged and Lloyd ... well, you tell me what Lloyd's up to here, though I can definitely say I like it. Check out the trailer below.