Mass Panic On The TRAIN TO BUSAN! Check Out The Teaser For The KING OF PIGS Director's Live Action Debut! 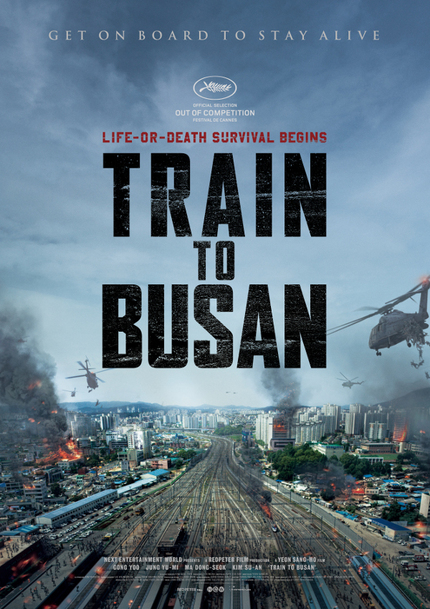 Korea's Yeon Sang-ho burst on to the world cinema scene back in 2011 with his Director's Fortnight selected animated feature King Of Pigs. And Yeon turned heads not just for the fact that he was directing animation in Korea - a country where a great deal of service animation work is done but there are surprisingly few creators of original content - but because this was dark, grim, nasty stuff very definitely not aiming for the youth audience. Yeon has since followed that up with further animated efforts The Fake and animated zombie feature Seoul Station and he now returns to Cannes with his debut live action feature Train To Busan. Which sounds like a peaceful sort of ride, really, except for the fact that this is a Yeon film. Which means it's not. At all.

As an unidentified virus sweeps the country, Korean government declares martial law. Those on an express train to Busan, a city that has successfully fended offthe viral outbreak, must fight for their own survival...

ScreenAnarchyis pleased to present the first teaser - English subtitles included - for Yeon's latest, even moreso because he appears to be every bit as talented in live action as in animation. Check it out below!