EL GIGANTE: Have A Look At The Japanese Fan Comic

When your fans are awesome, they are pretty damned awesome. When they show up on your front yard? Not so much.

Thank goodness for those crazy kids at Luchagore Productions some of their craziest fans of their short film El Gigante live all the way in Japan; and the height of their devotion to the short film is to make a sick comic book about it.

"El Gigante", the short film based on Shane McKenzie’s novel Muerte Con Carne, has been a massive hit for Luchagore Productions, playing in festivals worldwide and receiving insane critical acclaim.  We are pleased to announce that the famous short film has now been turned into a graphic novel by the extremely talented team of Hiro Fujii and Daiju Kurabayashi from Japan!  The vibrant colors and eye-popping visuals of the comic perfectly capture the tone of the film, and this is sure to be a huge hit with fans of the story.  The BLOOD and GORE ooze from the pages, and will leave the reader feeling dirty and filthy, yet satisfied!

Check out a sample of the artwork below and then you can visit this link for a further sneak peek. 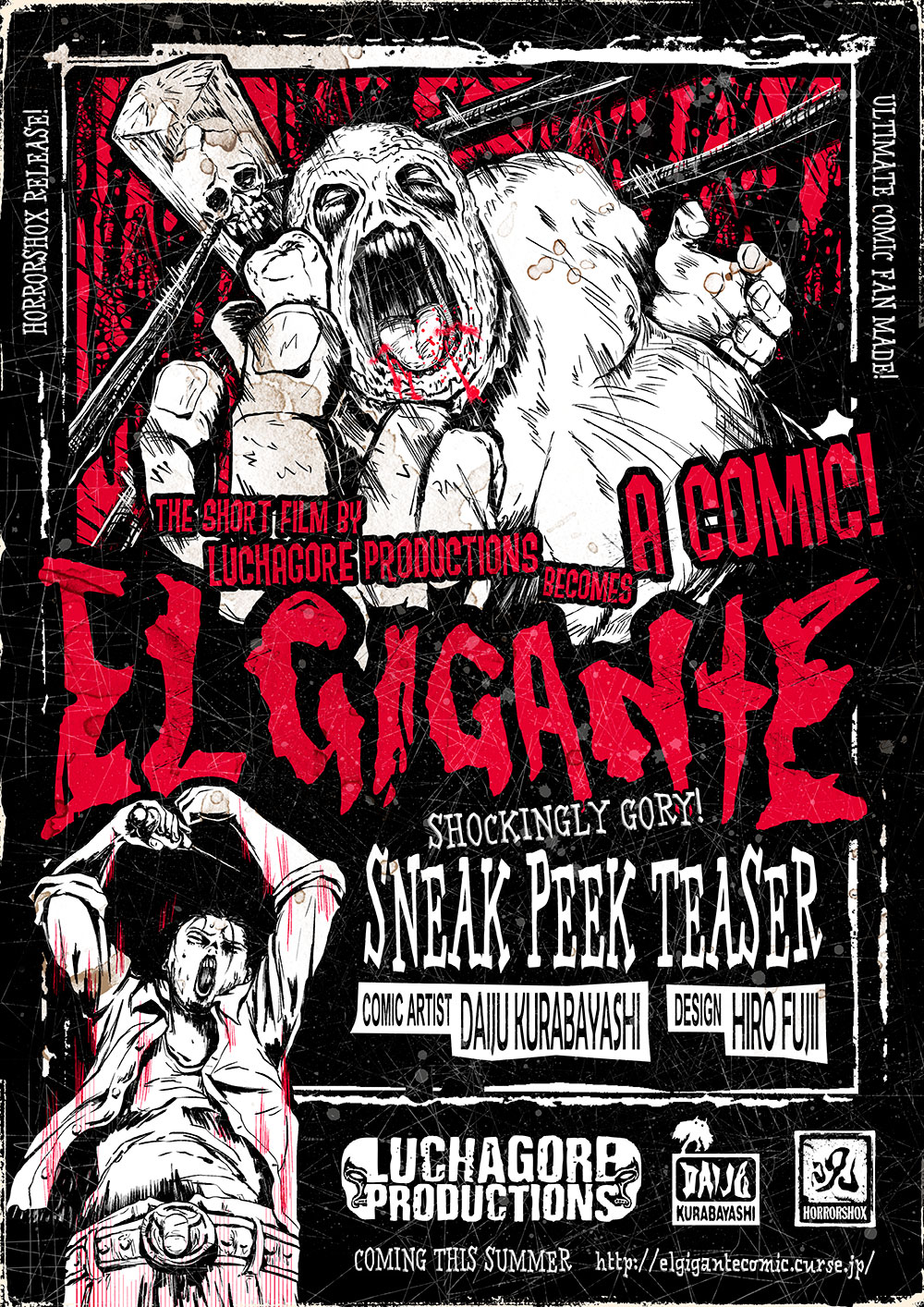 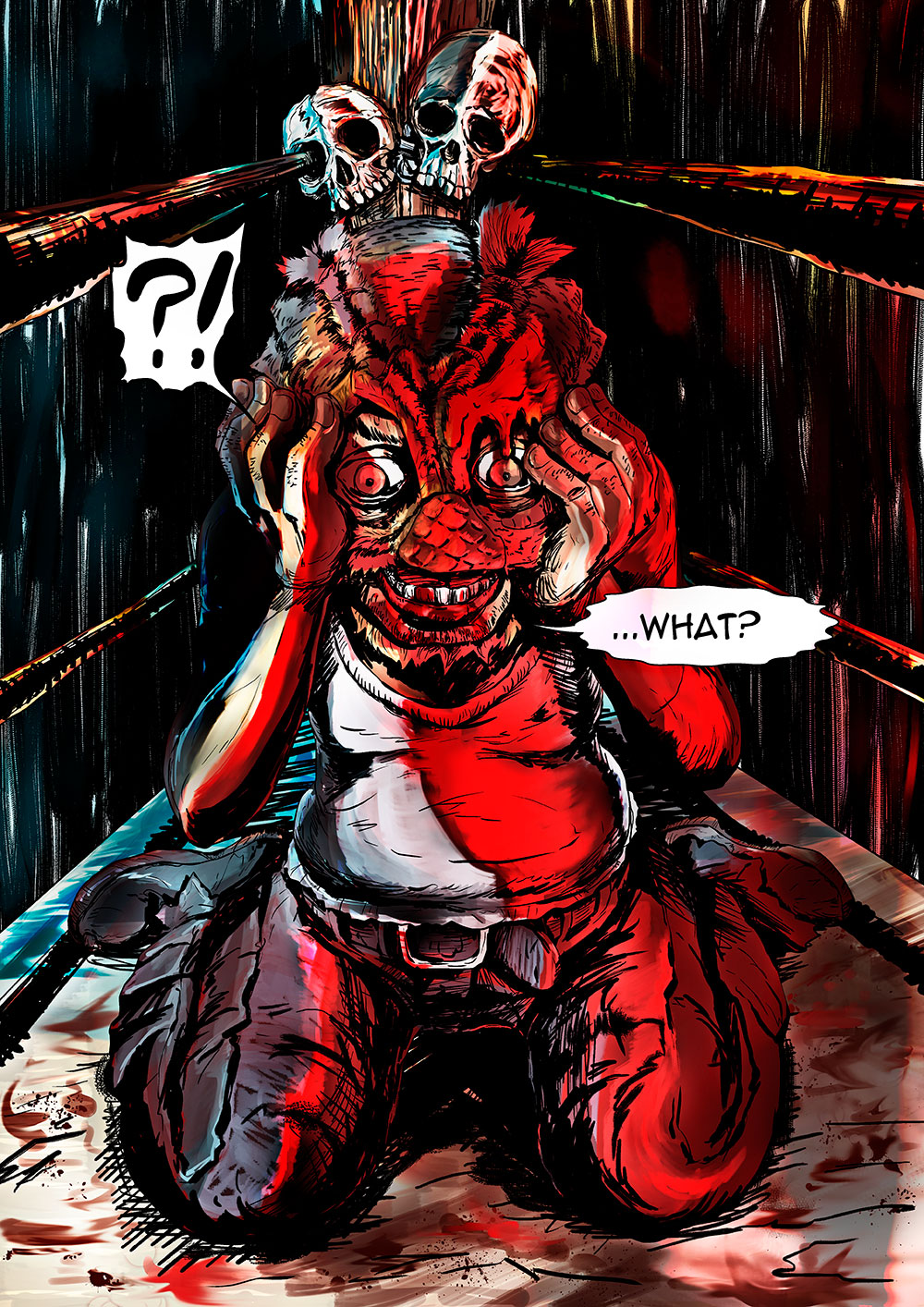 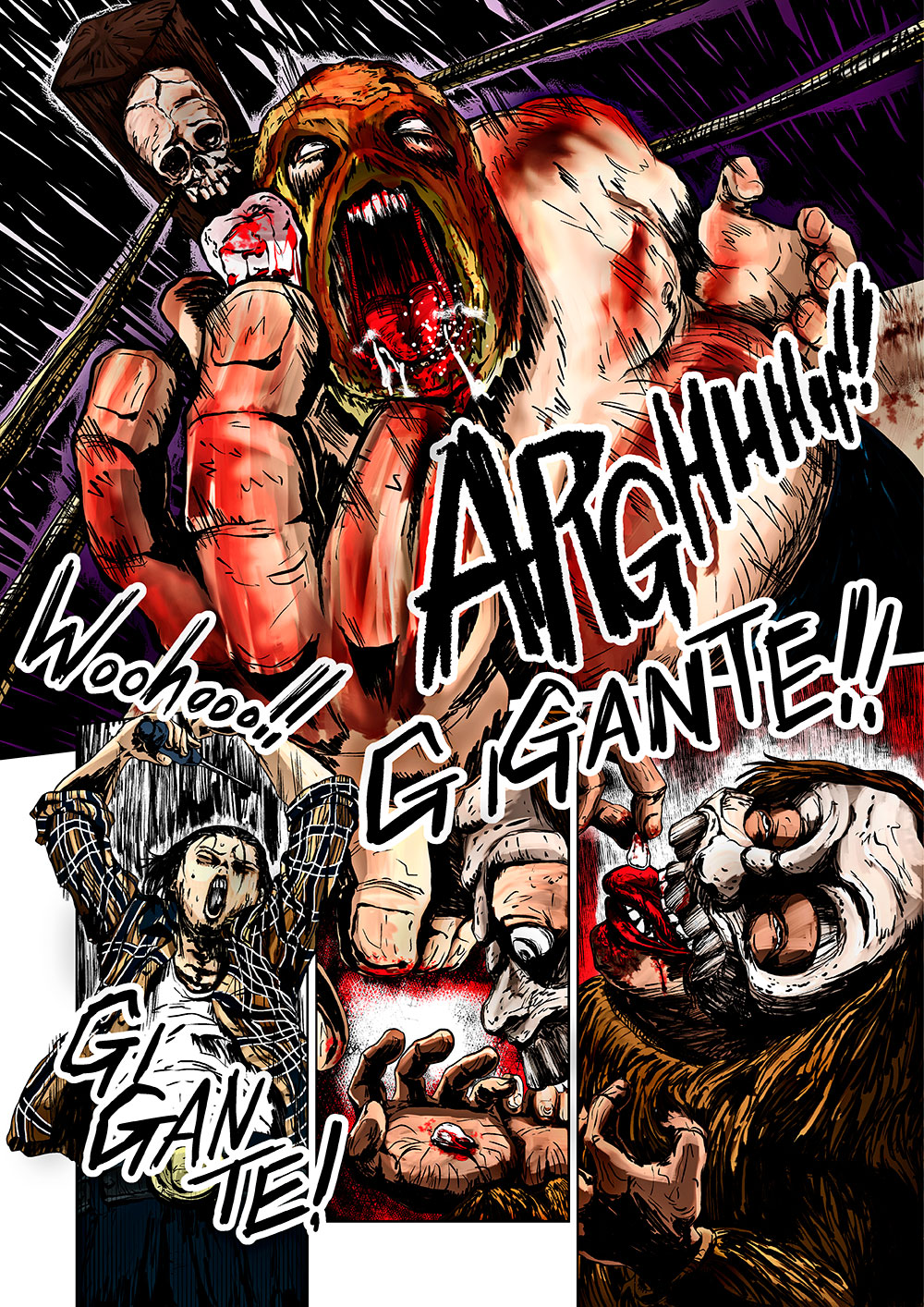 Do you feel this content is inappropriate or infringes upon your rights? Click here to report it, or see our DMCA policy.
El GiganteFan ComicJapanLuchagore Productions