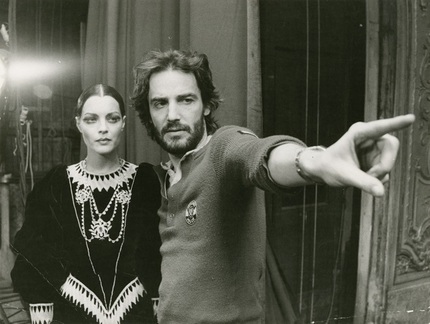 Today brings very, very sad news for lovers of international cinema: Polish writer/director Andrzej Zulawski passed away last night, at age 75, after a battle with cancer. There was some confusion about whether or not his death was a hoax or not, but now that big outlets like Le Monde are confirming it, there is unfortunately no doubt anymore.

Andrzej Zulawski was born in 1940, in Ukraine, but grew up in Poland and started his career as a filmmaker there. Constantly butting heads with the Government and censorship boards, Zulawski often remarked about himself that he was "an angry, angry man". He moved to France, then back to Poland, but when his science fiction film On The Silver Globe got canned by the authorities after years of work, he left Poland again.

His films are known to be confrontational, and he was never averse of shocking the audience to get his messages across. Probably his best-known film is 1981's Possession, which showed Isabelle Adjani and Sam Neill as a troubled couple. That's putting it lightly, by the way: in that film, the woman is having an extramarital affair with an evil, tentacled demon she herself has birthed out of rage and frustration.

Zulawski's death follows less than a day after the news that his latest film Cosmos, which had its world premiere at last August's Locarno film festival and was his first in over fifteen years, had been picked up for worldwide distribution by Kino Lorber.

The picture above shows him directing Romy Schneider in his 1975 film That Most Important Thing: Love.
He will be missed, and our thoughts are with those he leaves behind.