Watch Tyson And Yen Behind The Scenes Of IP MAN 3 In This Exclusive Clip! 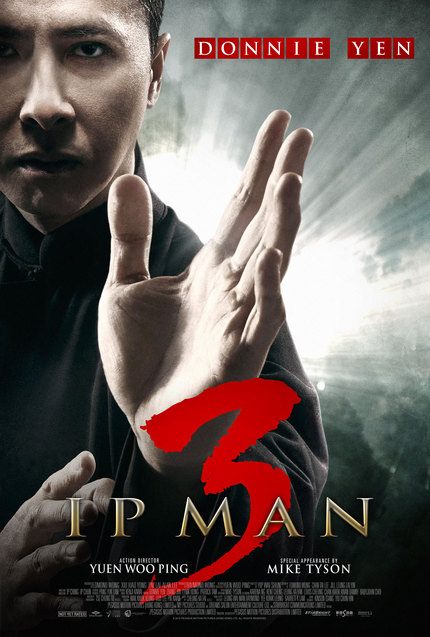 Now in theatrical release across the USA, Wilson Yip concludes his martial arts biopic trilogy with Ip Man 3 in which Donnie Yen again reprises his role as the iconic martial arts master, and teacher to Bruce Lee.

Donnie Yen ignites the screen in a return to his iconic role of Ip Man, the real-life Wing Chun Kung Fu master who mentored Bruce Lee. In this explosive third installment of the blockbuster martial arts series, when a band of brutal gangsters led by a crooked property developer (Mike Tyson) make a play to take over the city, Master Ip is forced to take a stand. Fists will fly as some of the most incredible fight scenes ever filmed, choreographed by the legendary Yuen Woo Ping (THE MATRIX, KILL BILL), play out on the big screen in this soon-to-be classic of the genre.

In case the previously released trailers didn't impress enough - or if they did and you just want more - ScreenAnarchy is pleased to present this exclusive behind the scenes clip featuring both Yen and Tyson hard at work on set. Check it out below!

Do you feel this content is inappropriate or infringes upon your rights? Click here to report it, or see our DMCA policy.
behind the scenesdonnie yenip man 3mike tysonwilson yip