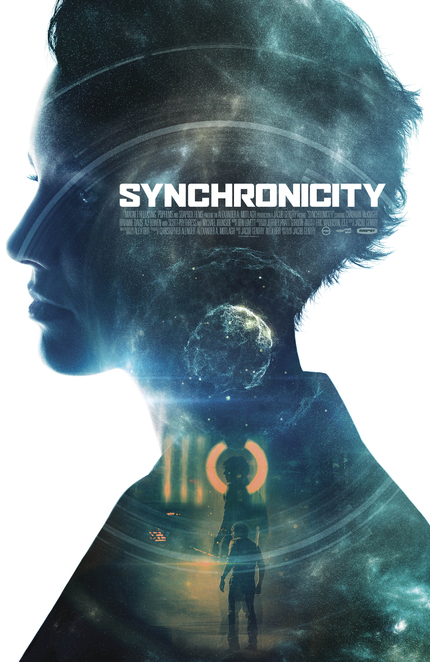 The Signal director Jacob Gentry returns to screens with his new sci-fi film Synchronicity. And while Chad McKnight, AJ Bowen, and Michael Ironside may top the cast it seems immediately apparent that the fantastic retro score by Ben Lovett is every bit as much a character in the film.

Daring physicist Jim Beale has invented a machine that can fold space-time and ruthless corporate tycoon Klaus Meisner will stop at nothing to get it. When Jim uses the machine to tear open the fabric of the universe, a rare Dahlia appears from the future. But in order to keep the rights to his invention he must prove that it works by finding the flower's identical match in the present. Jim soon discovers that the Dahlia lies in the hands of the mysterious Abby, who seduces him into revealing his secrets. Convinced that she is in league with Klaus to take ownership of his life's work, Jim travels back in time to stop the conspiracy before it can happen. But once in the past, Jim uncovers a surprising truth about Abby, the machine, and his own uncertain future.

Created with the support of Moog, there's an obvious John Carpenter vibe to his work here and we've got an exclusive track for you to check out below in advance of the January 22nd launch of the film on iTunes and VOD platforms and the soundtrack album from Lakeshore Records. Check it out below!