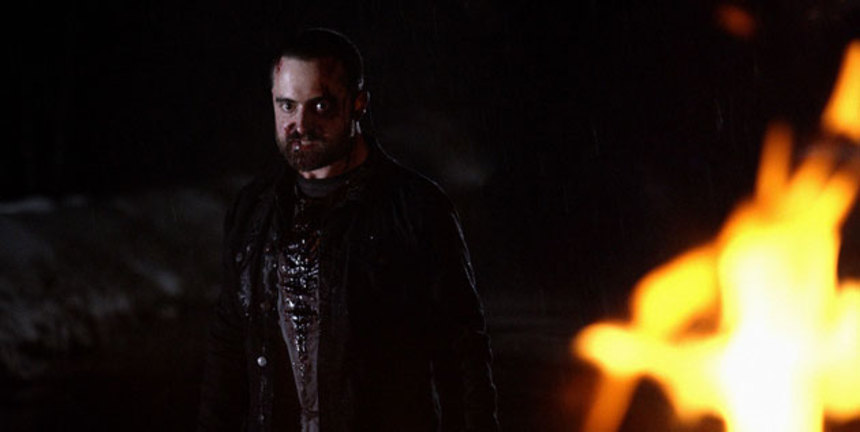 Leading up to its world premiere at TIFF last night in the Midnight Madness program, EW dropped a clip from Joe Begos' The Mind's Eye. Already a seasoned veteran of the Midnight Madness stage from 2013 and his debut feature film Almost Human, Begos looks like he is bringing another dose of crazy to screens once again.

The Mind's Eye blends horror, science fiction and thriller elements in a retro-style film recalling the concept-driven genre films of the 70s and 80s and particularly the early work of TIFF favorite David Cronenberg. Following years remaining off the grid, Zack (Graham Skipper) captures the attention of the mysterious Dr. Slovak (John Speredakos), a telekinesis expert with ambiguous intentions. After uncovering Slovak's nefarious plot to empower himself using a telekinesis-enabling serum harvested from the blood of his "patients", Zack must stop Slovak and rescue his fellow telekinetic Rachel (Lauren Ashley Carter) before it's too late.

You can check out the action packed and violent clip below. It busts a cap. Literally.
Tweet Post Submit

Do you feel this content is inappropriate or infringes upon your rights? Click here to report it, or see our DMCA policy.
Midnight MadnessThe Mind's Eyetiff 2015toronto 2015Toronto Film Festival