Review: VACATION Is A Trip Worth Taking 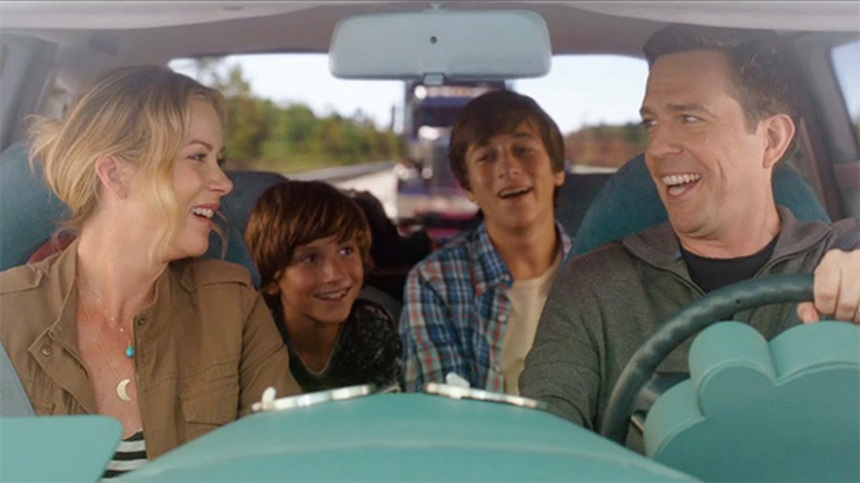 Vacation, a continuation of sorts from the series of National Lampoon associated flicks from the 80s and 90s, is far better than it has any right to be. The trailer, for one, looked appalling - a series of hackneyed jokes and stupid one-liners makes it appear to be as dull as can be. We've got shots of some of the original cast, there's a scene where they're whipping excrement on themselves, a woman gets smashed driving a hot sports car.
Awful, awful stuff.
So consider me absolutely tickled to find that the film itself is actually, shockingly, pretty damn good. At worst it's a pastiche of what's come before, but when it's running on full steam it's a clever, dare I say literate and self-aware comedy that avoids the pitfalls of feeling like it's trying too hard to fit into the mold. This film's far more 21 Jump Street than the last Transformers movie - yes, it's overtly nostalgic and pandering to that fact, but it does so in a way that's eminently entertaining.
The Griswolds are again trekking across the country to visit the fabled Walley World, and along the way they get into some misadventures. What's charming is that they mess with the dynamics of the family and it actually works. The child actors, Steele Stebbins and Skyler Gisondo, do a pretty damn terrific job at being funny and precocious, while Ed Helms and Christina Applegate inject both comedy and a tiny bit of pathos into their roles to keep things interesting.
From a sorority run through to a confrontation with Ron Livingston, you end up with plenty that fits with your preconceptions. What does work are scenes like the rafting voyage with Charlie Day, or the dynamic with the looming trucker that follows them in Duel-like fashion. The writer/directors John Francis Daley and Jonathan Goldstein are having fun with the material, but never at the expense of the audience.
The title sequence is even a hoot, with a series of appalling vacation photos like the ones you find scattered all over the internet. This is echoed when Rusty is flipping through the family album and sees actor after actor playing his younger self through the series of previous movies, a clever, through away joke that's particularly funny.
Credit mostly goes to Helms, though - this could easily be a thankless role, and he manages here (in a way he doesn't always) to balance between hapless and still being likeable. Chris Hemsworth cuts a mighty fine figure and shows once again he can do comedy particularly well.
Vacation stands well alongside the other films in a series, movies that for some are perhaps better in their memories rather than in their execution. With 80s nostalgia still in full swing it's no surprise that this material is being mined again, but what is a bit of a shock is that the end result is as entertaining and memorable as it is. More than a worthy sequel, Vacation is a fun movie on its own terms, a trip well worth taking should you find the time.
Sign-In to Vote
Tweet 0 Submit

Do you feel this content is inappropriate or infringes upon your rights? Click here to report it, or see our DMCA policy.
Chevy ChaseChristina ApplegateComedyEd HelmsNational LampoonVacation

This is the first review I've read that gives this film a recommendation. Every other website proclaims it to be an abomination that should be avoided at all costs.

Praise both lowered expectations and being of the age to have actually seen the originals for what they were - dumb, silly fun with a few memorable jokes, rather than some "classic" to be venerated when dumping on the new one