LOUDER THAN BOMBS: Watch The Teaser For Jochim Trier's Latest 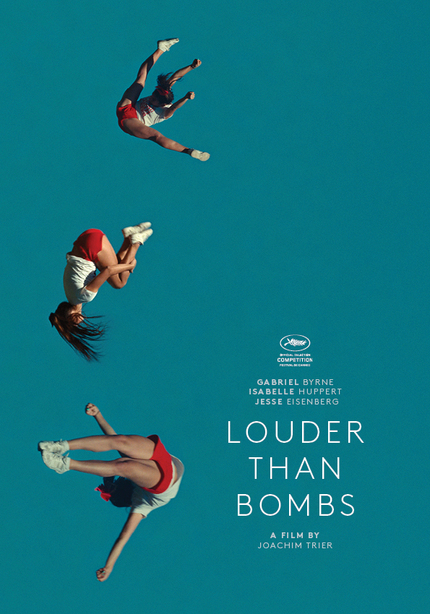 Having taken the arthouse world by storm with his first two pictures - Reprise and Oslo, 31 August - Norwegian helmer Joachim Trier makes the move into English language fare with his third effort while very much maintaining his signature style.

An upcoming exhibition celebrating photographer Isabelle Reed three years after her untimely death, brings her eldest son Jonah back to the family house - forcing him to spend more time with his father Gene and withdrawn younger brother Conrad than he has in years. With the three of them under the same roof, Gene tries desperately to connect with his two sons, but they struggle to reconcile their feelings about the woman they remember so differently.

Jesse Eisenberg, Gabriel Byrne and Isabelle Huppert star in Trier's Louder Than Bombs and while US audiences will need to wait until April for the film to hit local screens an early October release in Norway has sparked the release of the first proper teaser for the film. Take a look below.

Do you feel this content is inappropriate or infringes upon your rights? Click here to report it, or see our DMCA policy.
gabriel byrneisabelle huppertjesse eisenbergjoachim trierlouder than bombsteasertrailer