Anton Bitel
Contributing Writer; UK
Tweet Post Submit
Film4 FrightFest has finally achieved the greatest accolade that can ever be conferred on a genre festival: it was picketed by politely determined Christian fundamentalists, concerned for the souls of all who entered the VUE, Leicester Square.. Here are some of the films that played today.

Dominic Brunt is perhaps most familiar to British viewers for having played Paddy Kirk in Yorkshire-set soap opera Emmerdale since 1998 - but recently he has been presenting a darker slice of Northern social realism, heightened by genre, from the other side of the lens. His excellent debut feature Before Dawn (2013) showed the brittle relationship of a couple (played by Brunt and his real-life spouse Joanne Mitchell) caught in zombified stasis - and his latest, Bait, shows two female friends and colleagues Dawn and Bex (Mitchell and Victoria Smurfit) falling headlong into a debt trap as they endeavour to escape a poverty trap, and finally laying a trap of their own against a vicious local extortionist.

Bait is all at once a work of coarse, earthy naturalism, and an arresting social allegory. Here we see a broken Britain dominated and drained by a self-appointed élite of financial bullies, and a working populace whose hard-earned capital seems always to drift out of their hands to the undeserving and the corrupt. We know from the opening scene (a flash forward) that our two heroines will get their eventual payback (and reward viewers with a bloody, genre-bound revenge), but at the same time the film knowingly frames this satisfaction as wish-fulfilment fantasy, culminating in a post-credits explosion of comic violence so far removed from reality that it is presented in lurid claymation (from Lee Hardcastle, who also has a cameo). It is the earlier scenes of these two women and others becoming entrapped in cruel recessionary exploitation that stick in the craw and ring far truer.

Originally called The Taking, Bait now shares its title with Kimble Rendall's homonymous 3D schlockfest of 2012, only this time it is not finned underwater monsters but a predatory loan shark (played with cynically winking menace by Jonathan Slinger) who circles the marketplace in search of big bites - and the terror which he brings is all the more effective for feeling so tangible and grounded. 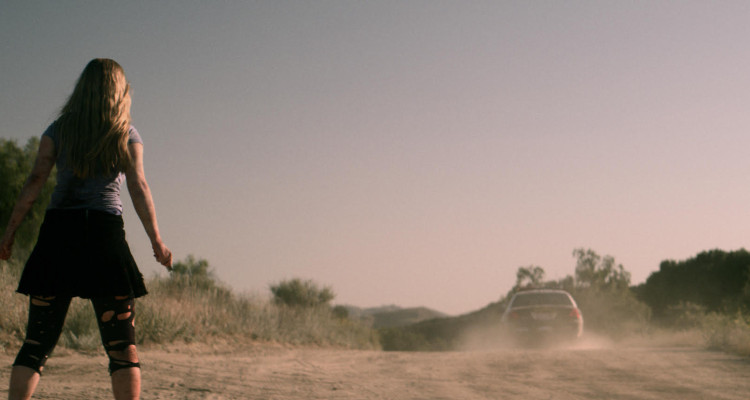 After finally standing up for himself against a vicious bully, troubled teen Lincoln (Ronen Rubinstein) is sent to a New Age reform school in the Californian desert, where he is quick to find himself the target of further bullying. In a moment of frustrated anger, he accidentally summons the spirit of Moira Karp (Sierra McCormick), a dead girl happy to turn his vendetta into her own - and equally happy to transfer her allegiances to the compromised, guilt-ridden Kaitlin (Grace Phipps) once Lincoln has grasped exactly why his tormentors keep dying, one by one.

Adam Egypt Mortimer's debut clearly adopts the dress code of a conventional slasher - except that there is a welcome regendering here of tired old slasher tropes as our hero plays the role of final girl while his feminine side swaps passive victimhood for vindictive aggression. Much as chief bully Willie (Maestro Harrell) uses homophobic slurs to cover for his own barely hidden homosexuality, Moira must slash and slice her own ghostly flesh for others to sustain the same injuries. It is a bold visual metaphor for the proximity of harm to self-harm in the formative identities of adolescence - allowing Some Kind of Hate to deal originally and intelligently with the all too easily reversible power dynamics of bullying, with the dangerous wish fulfilment of revenge, and with the endless transferability of tit-for-tat violence.. 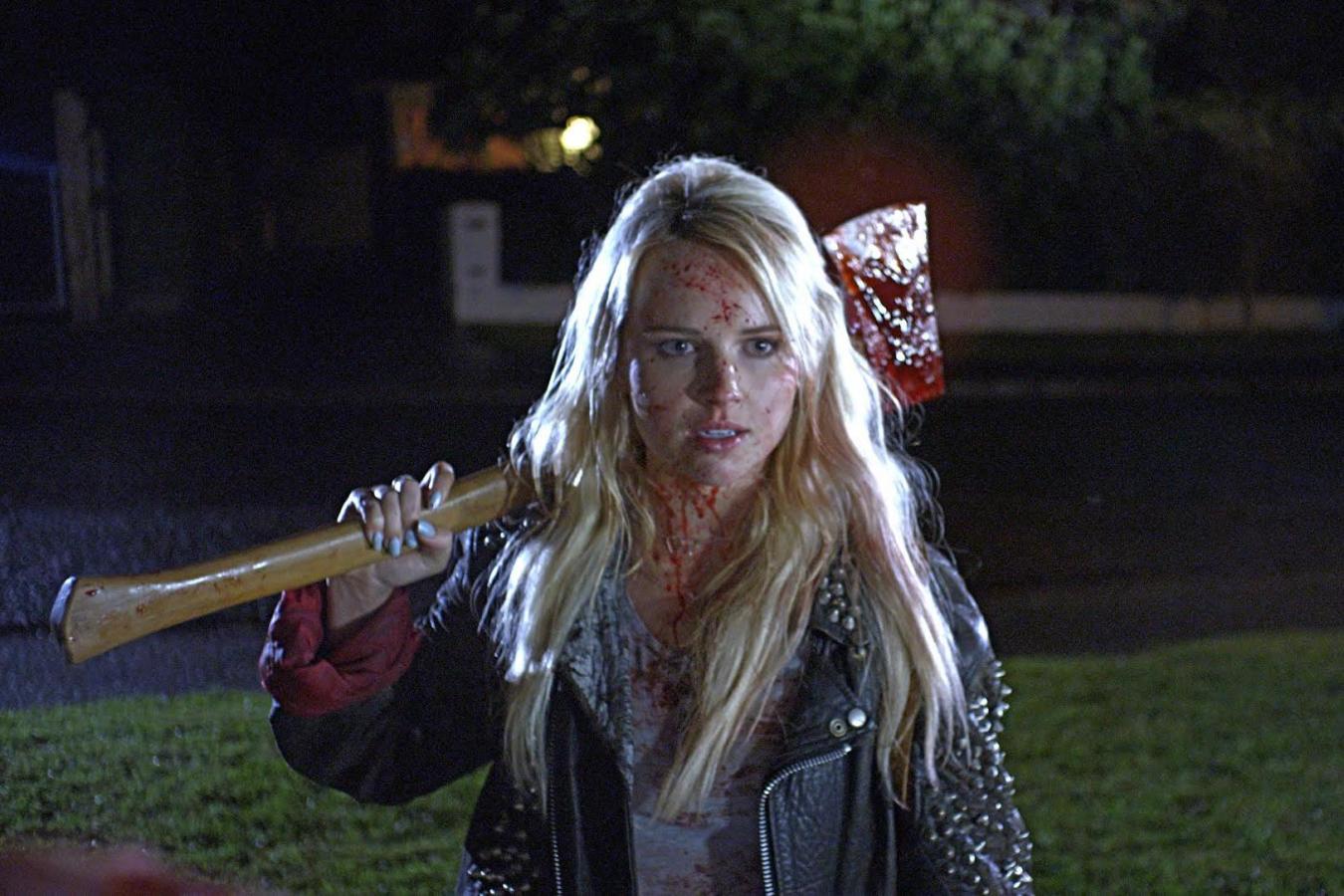 "What if I told you it's all real?" asks Brodie (Milo Cawthorne) in voiceover, speaking of the infernal lyrics and demonic iconography of the heavy metal with which he so identifies. Unassertive, sweet-natured Brodie finds expression for "the pain and the rage" of adolescence through his beloved music, and, fostered in the suburban hell of Greypoint by an aunt and uncle "balls deep into Jesus", he naturally gravitates towards the school's bullied D&D geeks Dion and Giles (Sam Berkley, Daniel Cresswell) and fellow metalhead Zakk (James Blake), who together form the garage band DEATHGASM ("All spelt in capitals - lower case is for pussies"). Yet after one of Zakk's delinquent misadventures leads them to an ancient musical score which, when played, unleashes pandemonium, guitarist Brodie will, if he wants to win the heart of classmate Medina (Kimberley Crossman) and to save the world from metalopalypse, have to prove his prowess with chainsaw, drill, weaponised sex toys and more than one kind of axe.

Jason Lei Howden's feature debut transforms all the angst and alienation of the teen years into hilariously gory wish fulfilment, without ever quite forgetting the banal realities from which all these fantasies of empowerment emerge. Not only does Brodie get to live out the sort of scenarios depicted on metal album sleeves or in his sketchbook, meting out violent vengeance upon hectoring relatives and schoolyard tormentors alike, even as cartoonish animations are splashed across his more real-life encounters, but Deathgasm also makes comic hay out of the practical incongruities of Satanism ("Do demons recognise daylight savings?", etc.). The results are an affectionate skewering of coming-of-age tropes, metal culture and New Zealand mundanity, where the blood-splattered, head-severing end of the world proves utterly endearing. Death to false metal! 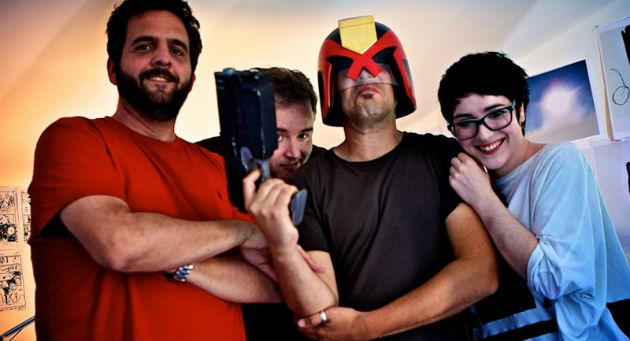 In 1977, when the new millennium seemed an unimaginably long way into the future, the weekly SF magazine 2000AD was launched, with Pat Mills as its first editor, and changed the British comics landscape forever with its blend of punkish ultraviolence, political engagement and adventurous storytelling, "turning us all", as stellar contributor Grant Morrison puts it, "into a generation of anarchists.". Recurring characters like Judge Dredd would have an untold influence on the culture in different media, while the magazine proved a breeding ground for new talent (like Alan Moore, Mark Millar, Neil Gaiman and Dave Gibbons), many of whom would then be poached by America's higher paying DC Comics and their less mainstream imprint Vertigo.

Paul Goodwin's documentary tells the story of the publication's birth - and of several subsequent near deaths - through interviews with an impressive array of contributors and commentators (with Moore the only obvious - if unsurprising - absence). Interspersed with bursts of animation in the house style, Future Shock! The Story of 2000AD is an anecdotal trawl through the magazine's history by the people who made it - mostly affectionate and nostalgic, although also featuring candid accounts of women marginalised and artists mistreated (copyright and even attribution were regularly withheld). I hope it isn't a spoiler to say that, when granted this feature's final words, Mills more than lives up to the magazine's rep for irreverence with a brusque: "You don't know what you're talking about, so just piss off!" 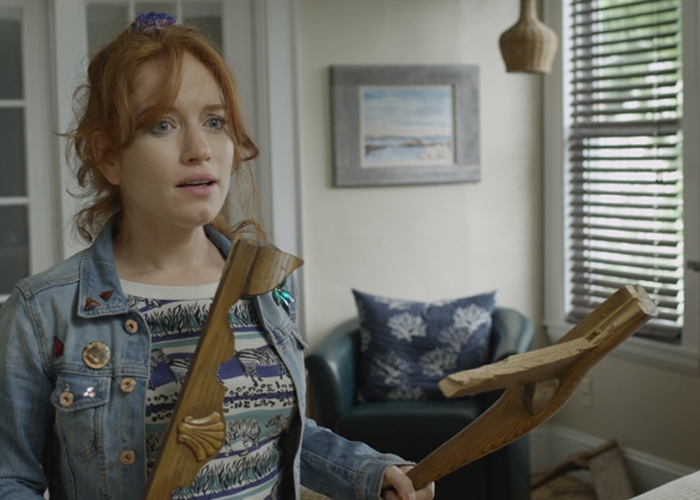 Night of the Living Deb

"It seems sort of like a zombie apocalypse!", observes Deb Clarington (Maria Thayer), quickly assessing the situation around her and unhesitantly taking appropriate action where so many other heroes and heroines in this genre spend half their film just working out what's what.

Not that her savviness always pays off. "You know these are not the sprinter types, they're more of the oldschool, cerebral palsy variety," she says, not realising that the zombie slowly shuffling up to her really did have cerebral palsy in his former life, and that his fellow undead are a whole lot faster. In other words, Night of the Living Deb, from Kyle Rankin, the director of giant bug comedy Infestation (2009), knows its tropes, and knows that we know them, yet still, in keeping with its title, keeps taking us in one direction only to overturn our expectations with a sly gag.

Rankin's romzomcom begins with meat-loving Deb drunkenly picking up vegan Ryan Waverly (Michael Cassidy) in a Portland bar on the eve of Independence Day, only for him to have second thoughts about her the following morning - even as all around them have succumbed to a water-borne zombie virus. An irrepressibly perky goofball, Deb has us too wondering if we love her or hate her, with Thayer doing a valiant job of playing her both ways - although if you are not on Deb's side by the end, a misjudged, super-saccharine speech that she gives to camera might prove excruciating. On the way there, though, she sparks off hilariously with Ryan's corrupt, ambitious, brownie-baking father Frank (Ray Wise) and gormless brother Chaz (Chris Marquette), as these citizens of Maine take armageddon in their stride, and even find time, mid-massacre, for a spot of relationship-building. It is a tad hit and miss, but just about charming enough to survive the overcrowded zombie market - and for a film set over the 4th of July, and featuring one character obsessed with Christmas, Night of the Living Deb sure comes with a lot of Easter eggs. 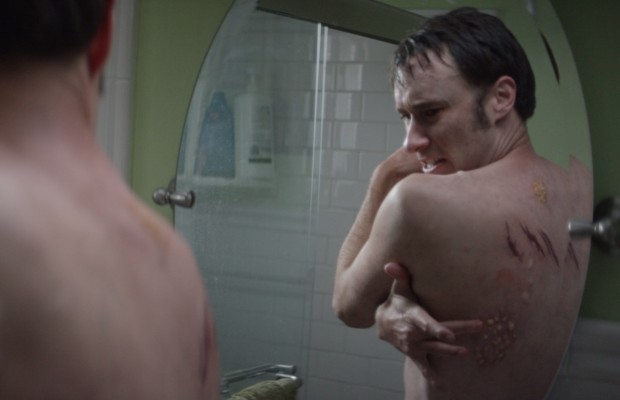 Coming in rapid succession, Éric Falardeau's Thanatomorphosis (2012) and Eric England's Contracted (2013) represented a rash of VD-focused body horror flicks that spread fast, only to clear up just as quickly. England's film followed Samantha (Najarra Townsend) as, over the course of three days, various crucial stages of transition in her professional and personal life were paralleled by the ravaging advance of a zombifying infection that she caught after being date-raped by the creepy 'BJ' (Simon Barrett) - and it ended at exactly the point where so many other genre films begin, with the first public signs of an undead apocalypse.

Which is a problem for Contracted: Phase II, the directorial debut of Josh Forbes. For as it switches sexes and follows the three-day decline of one of Samantha's sexual partners Riley (Matt Mercer) amidst a 'necrotic STD' outbreak that is going nationwide, this sequel risks getting caught between either merely retreading the beats and putrescent makeup FX of the original film or adopting the already overfamiliar zombie posturings that Contracted merely anticipated. Its solution is to flesh out BJ (now played by Morgan Peter Brown, and given the full name Brent Joffe as well as a 'bj' from a prostitute) as a zealous bioterrorist, and to turn the pursuit of him into Se7en-style police procedural. It is an icky, somewhat overblown and silly affair, right down to a hilariously naff song composed for the memorial service of one of the original's characters ("Alice, come drink from the chalice, welcome to your new palace…"), but amidst all of this baroque, busy plotting and tonal volatility, the film loses the subtlety of characterisation that infected the original film. If you stay after the credits, a succession of codas promises yet more unnecessary sequels.