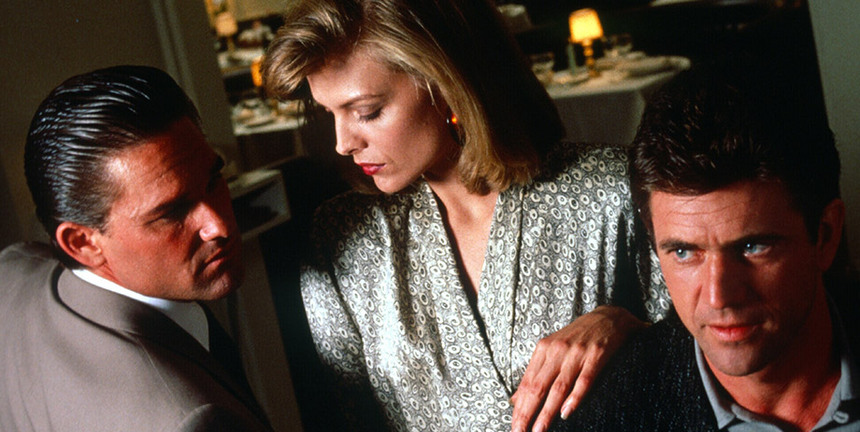 After breaking into the mainstream with Overboard Russell became a sought-after commodity for A-list projects, and his growing star power was proven when he was cast alongside Mel Gibson and Michelle Pfeiffer in this intricate neo-noir thriller. Russell plays Nick Frescia, a slick L.A. cop whose oldest and best bud Dale "Mac" McKussic (Mel Gibson) just happens to be a big-time drug dealer attempting to go straight. The two pals are set on a collision course when one of Mac's old confederates puts pressure on him to broker a major narcotics shipment, and things get even more complicated when both men become entranced by a beautiful restaurateur (Pfeiffer). Written and directed by Chinatown scripter Robert Towne, the sexy and stylish Tequila Sunrise allowed Russell to show that he could go toe-to-toe with the biggest stars of the day.

You looking for a chance to see this for free? Because here it is! We've got two pairs of tickets to give away and all you have to do for your chance to win is email me here and tell me you want in on the Tequila Sunrise ticket giveaway! No preferential treatment given to those who send tequila. Nope. None at all.

Do you feel this content is inappropriate or infringes upon your rights? Click here to report it, or see our DMCA policy.
kurt russellmel gibsonmichelle pfeiffertequila sunrise