THE BOY AND THE BEAST: Watch The New Teaser For Hosoda's Latest 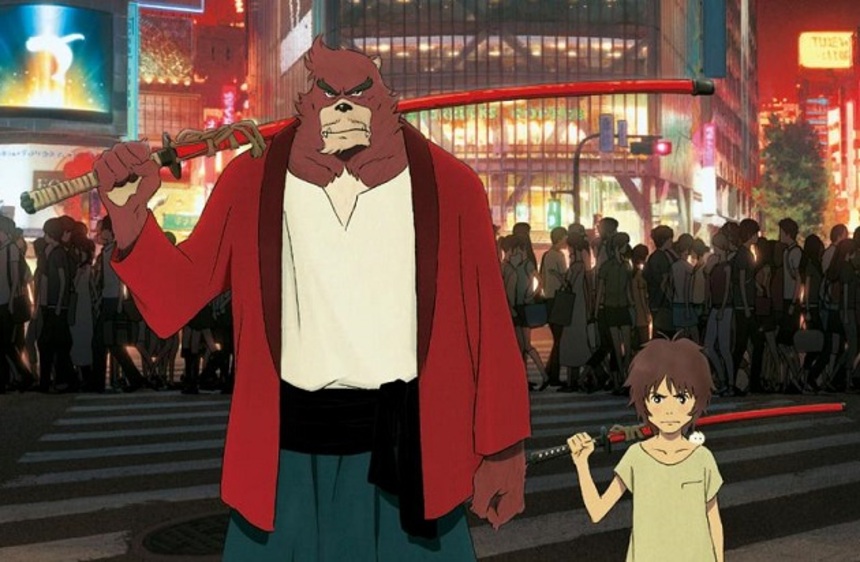 Summer Wars and The Wolf Children director Hosoda Mamoru will soon be returning to Japanese screens with his latest effort, The Boy And The Beast, and anticipation is running high for the upcoming film.

The story is set in the human realm (Tokyo's Shibuya ward) and the bakemono realm ("Shibutenmachi"). In these two worlds which must not intersect, there lives a lonely boy and a lonely bakemono. One day, the boy gets lost in the bakemono world, becomes the disciple of the bakemono Kumatetsu, and is renamed Kyūta.

With Studio Ghibli having stepped away from the feature world, Hosoda has now moved from being 'The Next One' to being the brightest light in this particular world so there's quite a lot riding on the reception of this particular film. And judging from the materials released so far we're in good hands.

We were pleased to present the English subtitled trailer a few months back and with the Japanese release coming July 11th we now have a new Japanese TV spot for the film as well. Take a look below.
Tweet Post Submit

Do you feel this content is inappropriate or infringes upon your rights? Click here to report it, or see our DMCA policy.
animemamoru hosoda. hosoda mamorusummer warsthe boy and the beastthe girl who leapt through timethe wolf childrentrailerMamoru HosodaBryn ApprillKumiko AsôMorgan BerryJessica CavanaghAnimationActionAdventure