Fantaspoa's homage to Fabio Frizzi, the main composer for the legendary Italian horror filmmaker Lucio Fulci, came to an end on Sunday evening (May 24) with an intimate yet extraordinary concert by Frizzi himself at the Centro Santander Cultural.

Around 80 persons were lucky enough to listen to a live tribute from Frizzi to Fulci, which lasted little more than one hour and basically functioned as a perfect resume of the collaborations of these Italian masters. Frizzi took the stage only accompanied by an acoustic guitar, a keyboard, a computer and his notes, while in the background images of several Fulci films were projected throughout the concert.

After a brief introduction using the music from Manhattan Baby, Frizzi began the journey to the past by remembering the score of the giallo film Sette Note in Nero, done in collaboration with a trio and later "taken by Quentin Tarantino for his film Kill Bill: Vol. 1", as Frizzi proudly said.

When the interpretation of the Zombie theme finished, Frizzi took his guitar for a medley of songs from the western Four of the Apocalypse, which at the time represented for him an "opportunity to create songs with the influence of the west coast music and make an entire album dedicated to tell the dramatic and epic story of the characters."

Music from City of the Living Dead and A Cat in the Brain was played next. Frizzi defined the City of the Living Dead theme as a "guitar arpeggio with a melody that appears and disappears through the harmonic texture of the arpeggio, creating a situation of uncertainty", while commented that A Cat in the Brain represented the last time he ever worked with Fulci and his decision to make electronic music. He also mentioned that translating these electronic themes into a live concert was very challenging but ultimately became the "most intense songs in the concert."

To finish the concert, Frizzi thanked the musicians that "virtually played with me tonight" and interpreted the theme from The Beyond plus a very special rendition to a classic Brazilian song. Frizzi talked about how Bossa Nova was very inspirational for him and of the Brazilian film Dona Flor and Her Two Husbands, directed by Bruno Barreto and starring Sonia Braga. Frizzi loved the music from the movie, writtern by Chico Buarque de Hollanda, and decided to play one piece from that soundtrack for the Brazilian audience in the night's most unique moment.

In the gallery below you can check out two brief videos I recorded at the concert. The first one is the Seven Notes in Black theme and the second one an extract from Zombi 2. Enjoy! 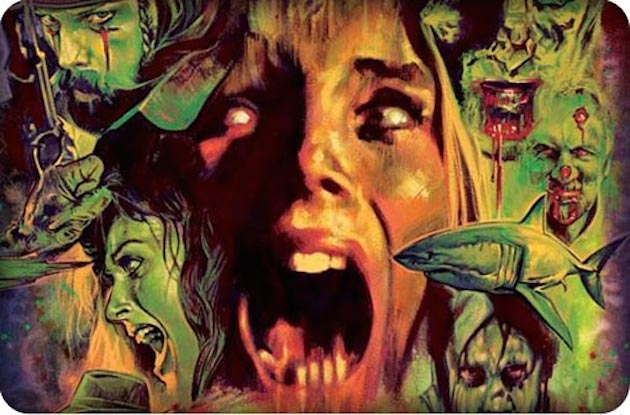 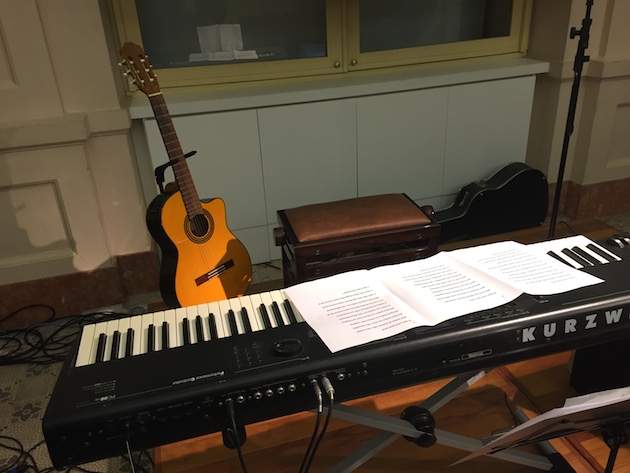 Do you feel this content is inappropriate or infringes upon your rights? Click here to report it, or see our DMCA policy.
Fabio FrizziFantaspoaFantaspoa 2015Lucio Fulci