The hits just keep on coming for Baahubali.

This latest character poster reveals the character of Devasena, described by Rajamouli as "tortured and held captive for years," played by Anushka Shetty. While Anushka hasn't done a any work in Hindi cinema, she's well known as a leading lady in both the Tamil and Telugu film industries. ScreenAnarchy readers may recognize her from the Tamil Singam films where she played Suriya's love interest/wife. More recently she's been filming another period film, Rudramadevi, in which hers is the title character. Baahubali shares more than just an actress with Rudramadevi, the films also share Peter Hein, south India's most famous action choreographer and fashion plate, I'm sure we'll be seeing more from him as footage from Baahubali begins to appear on May 31st.

We've got several more character posters to go, so watch this space for the latest. We still haven't seen Rana Daggubati, Nasser, Tamannah, or Sudeep. 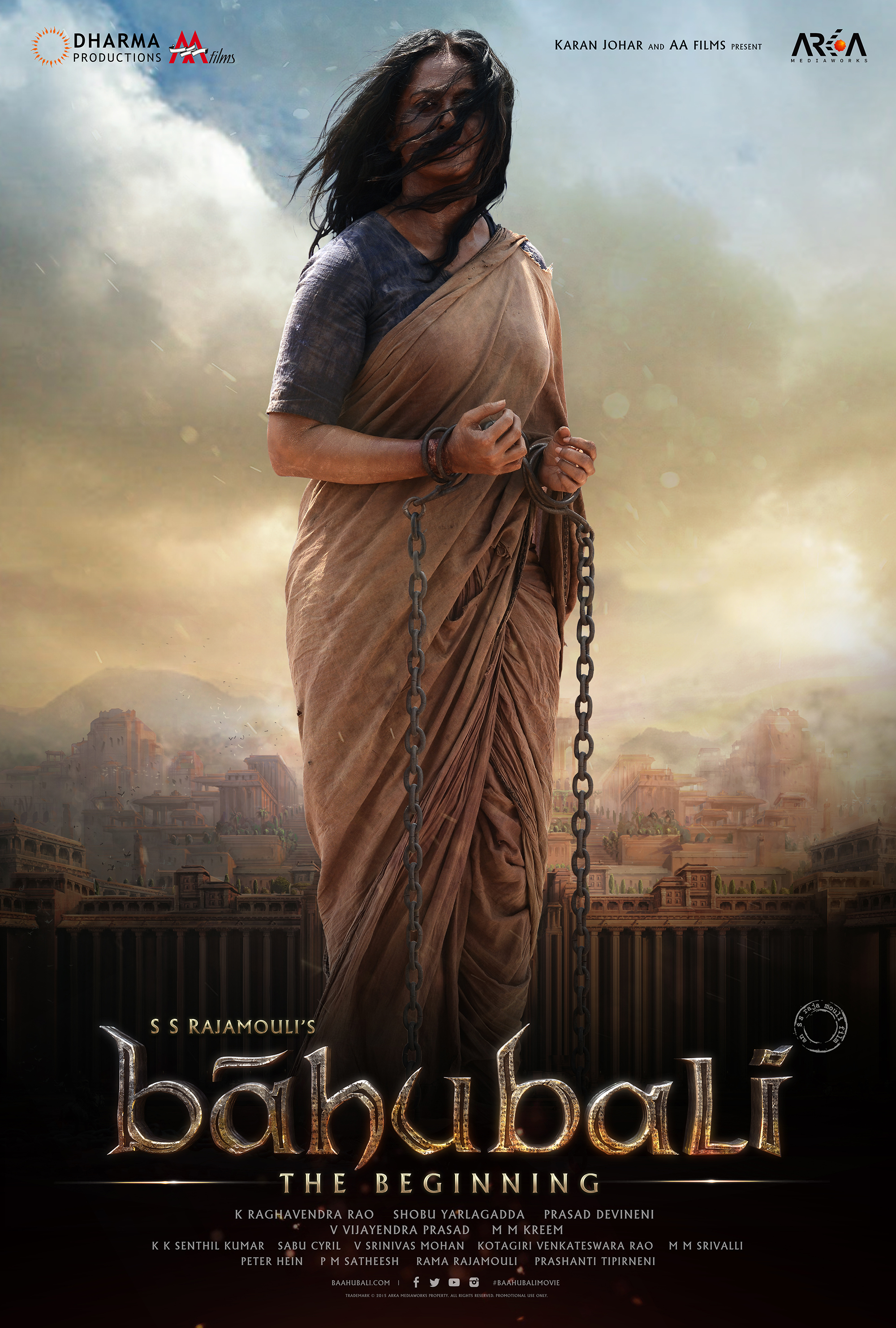