THE WORLD OF KANAKO To Be Released By Drafthouse Films 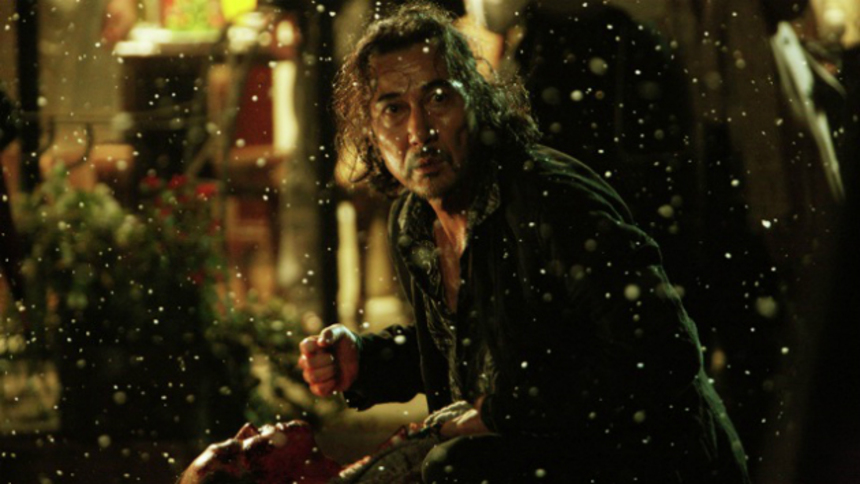 Prepare for "120 minutes of uncomfortable, aggressive, and rigourously crafted filmmaking" to be unleashed upon us all. Nakashima Tetsuya's The World of Kanako has been acquired for distribution by Drafthouse Films.

Nakashima, who previously directed the wildly-acclaimed Kamikaze Girls and Confessions, appears to have outdone himself with this offering. The quote above is from Kurt Halfyard's review at the 2014 Toronto film festival; he concluded: "The filmmakers and actors have no interest in proceeding with caution in The World of Kanako, but my suggestion is that anyone taking this trip to cinematic hell be aware of just how far down the rabbit hole it goes."

James Marsh, our Asian Editor, named it one of his favorite Asian films of 2014: "Those who thought Confessions probed some dark, challenging territory may be unprepared for the depths to which Nakashima plunges us in his new film, but for those who can stomach it, the journey is incredibly rewarding."

Broken ex-detective Akikazu (the prolific Yakusho Kôji; 13 Assassins, Babel, Shall We Dance?) searches for his missing teenage daughter (newcomer Komatsu Nana), only to discover that she may not be the person who he once thought she was a shocking trail of drugs, sex and violence. Kanako is Nakashima's ninth feature, following the highly acclaimed and equally devastating Confessions, Japan's submission to the 2011 Academy Awards.

The release date is yet to be established, but plans are for the film to screen in select theaters across North America. It will also be released on a variety of VOD platforms and digital, DVD, and Blu-ray formats.