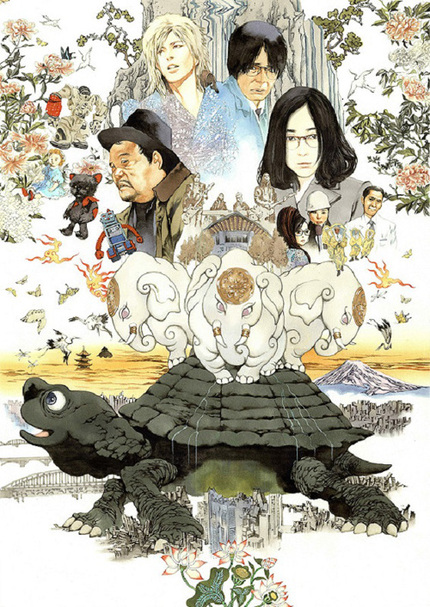 A heartwarming tale of a would-be rock star and his pet turtle. And a cave full of abandoned toys. And a giant monster. That's what Japanese maverick Sono Sion appears to have cooked up with his upcoming Love And Peace - one of a whopping six new Sono titles to hit Japanese screens this year.

The initial teaser for the film arrived back in January, jam packed with Sono's signature brand of madness. And now? Now the full trailer is here and while the pacing is somewhat more sedate, sedate is a very relative term in Sono-land. Check it out below!

In the summer of 2015 in Tokyo, Japan. Ryoichi dreamed of becoming a punk rocker when he was younger, but became a timid salaryman at a musical instrument parts company. He has feelings for Yuko, but he can't tell her how he feels..
One day, he has a fateful meeting with a turtle on the rooftop of a department store. He names the turtle Pikadon and he adores it, but his co-workers laugh at him. Ryoichi throws Pikadon into the toilet. He regrets what he did. The turtle though goes through sewerage and meets an old man who lives in the underground. Something then happens.

Do you feel this content is inappropriate or infringes upon your rights? Click here to report it, or see our DMCA policy.
love and peacesono siontrailer