Things Take A Darker Turn In The Trailer For Oshii's Live Action PATLABOR: THE NEXT GENERATION Movie 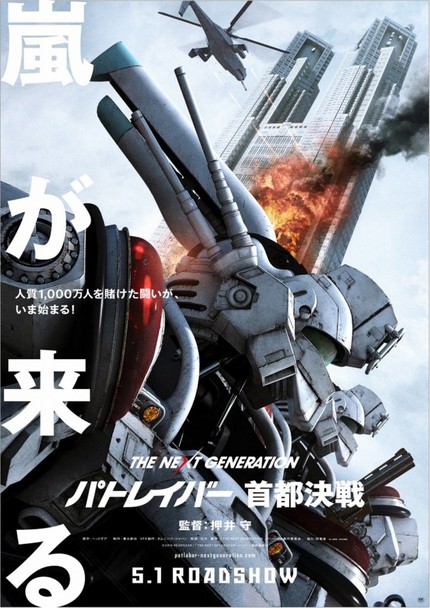 Ghost In The Shell helmer Oshii Mamoru has been clear about his intentions for his live action Patlabor: The Next Generation project right from the beginning. Like the original animated effort the story would begin with a light hearted, comedy oriented television series revolving around a quirky squad of cops charged with policing the use of giant mechanized robots in criminal enterprise. Things would then gradually become darker and culminate in a feature film project directed by Oshii himself.

And with the television series now wrapped up it's time to cast eyes on the feature, which is slated for a May release. The theatrical trailer is now online and while nobody will mistake this for a new Ghost In The Shell or Avalon project in terms of darkness, the stakes are clearly far more serious than in the slapstick antics of the television series. Take a look below to see the giant robots in action ...

More about The Next Generation -Patlabor-