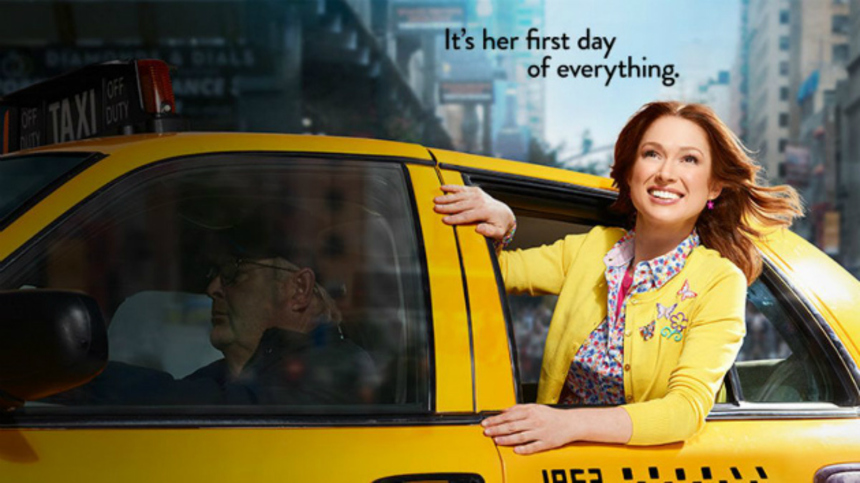 Situation comedies have been a mainstay of broadcast networks in the U.S. since the early 1950s, so it makes perfect sense that streaming services would want to feature such tried-and-true fare in their own programming schemes, such as Unbreakable Kimmy Schmidt, which debuted its first season of episodes on Netflix over the weekend.

Netflix ordered Arrested Development as one of its first original offerings, and that show displayed an understanding of its unique position by making its epiodes non-linear. Unlike House of Cards, for example, it didn't matter in which order the episodes were watched, a creative decision that flew in the face of television's increasing emphasis on linear storytelling.

That was a fresh approach to the still-fresh idea of debuting an entire season's worth of episodes at the same time. But as demonstrated by more recent attempts -- sit-coms like Amazon's Alpha House and Betas, and more flaccid dramas like Netflix's own Hemlock Grove -- not every show necessarily lends itself to binge-viewing.

Originally developed as a mid-season replacement show for the NBC broadcast network, Unbreakable Kimmy Schmidt got bumped to Netflix when the streaming service offered a two-season commitment. Created by Tina Fey and Robert Carlock, who colloborated on NBC's 30 Rock, the show features the continuing adventures of the titular character, played by Ellie Kemper, a 29-year-old woman who has spent the previous 15 years underground as part of a tiny underground cult. (She and her three compatriots are known as "The Mole Women.")

An eternal optimist, Kimmy decides to remain in Manhattan after a television appearance and forge a new life. It's a classic 'fish out of water' scenario, as the Mole Women had no contact with the outside world during their confinement, and Kimmy has had little time to acquaint herself with the changes in modern life. Still, this is a sit-com, so within 24 hours the plucky Kimmy secures an apartment -- rooming with outsized and kooky Titus Andromedon (Tituss Burgess), complete with kooky landlady Lillian (Carol Kane) -- and a job as personal assistant to the kooky and rich Jacqueline Voorhees (Jane Krakowski).

That's a lot of kookiness for one show, even for devoted fans of Tina Fey's brand of clever, grab-bag humor. Ellie Kemper's sunny personality wears well, and the propensity to pack the edges of the episodes with non sequiturs is especially welcome, but this is the kind of show that would probably play better in smaller doses. I watched nine episodes in two viewing sessions, and that was enough binging for me.

On the plus side, especially for those who are looking for more mainstream entertainment that doesn't necessarily include profanity, nudity, or violence, Unbreakable Kimmy Schmidt appears to be broadcast-friendly, although it definitely swims in the double-entendre, naughty side of the pool. And the premise gets pushed around as Kimmy discover who and what she is, exactly; her development may have been arrested for a decade and a half, yet she remains a strong character who always seeks out the best resolution possible for all those around her.

Kimmy Schmidt may not throw her hat in the air, but as a personality she did remind me (not a little) of Mary Richards, the resolute, kind-hearted star of The Mary Tyler Moore Show, and that's as high a recommendation as I can make for an entirely fictional television character.

The first season of Unbreakable Kimmy Schmidt (all 13 episodes) is now available to watch on Netflix in the United States.