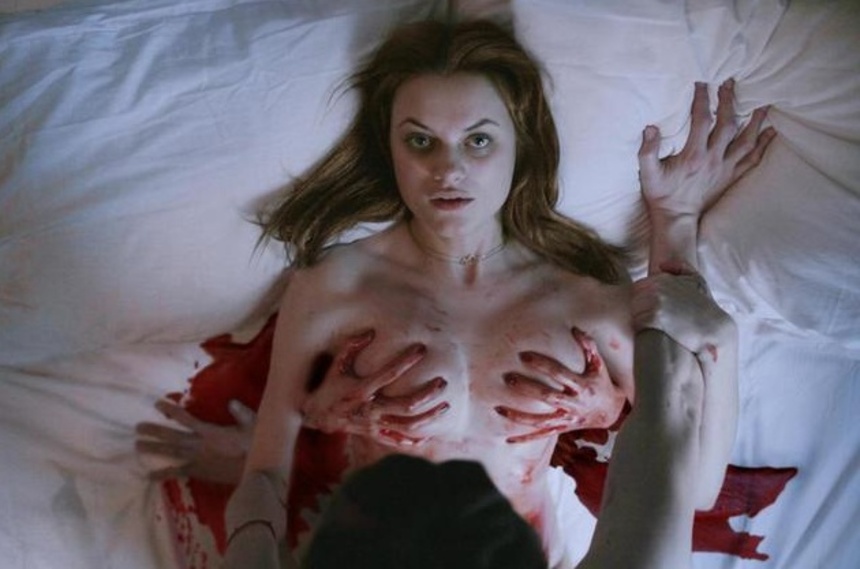 Something wicked this way comes, all the way to SXSW: the UK horror film Nina Forever will have its premiere there later this month. And as we get pretty close to that date, a new teaser trailer has been released, together with the VERY eye-catching publicity picture above.

Here is the synopsis from producing company Jeva Films:

Holly loves Rob and tries to help him through his grief - even if it means contending with his dead girlfriend Nina, who comes back, bloody and broken, every time they make love.

Blimey, talk about coitus interruptus...
Written and directed by Ben and Chris Blaine (who are brothers), Nina Forever is labeled a horror comedy and a fairy-tale, but the teaser below actually shows what looks to be a serious, dark and bloody thriller. Hopefully we'll know more after the premiere on the 14th of March...