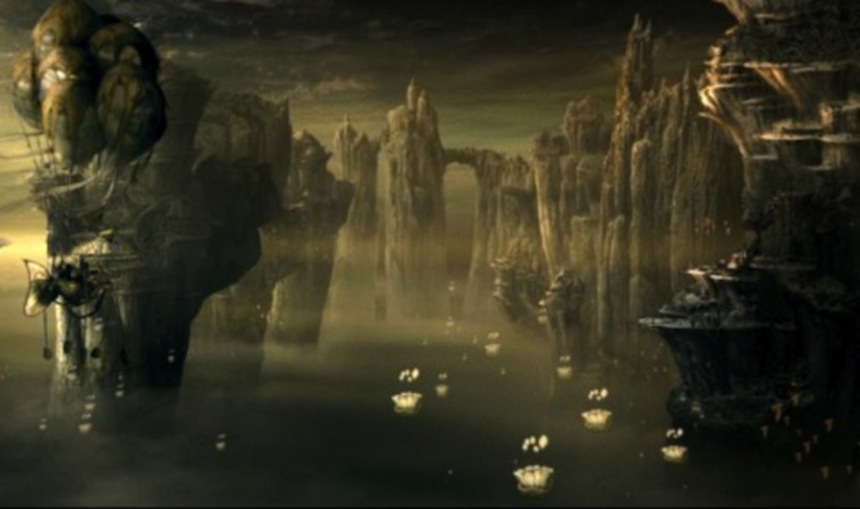 Czech director Tomáš Krejčí has launched a crowdfunding campaign to raise 50k USD for the final VFX compositing along as well as grading, music recording, sound design and sound mix to his already shot and edited film. The Tower of Dreams (domestic title The Last of Aporver) has been in development since 2006 with the budget rising to over a quarter of a billion Czech crowns (approximately 8 743 029 USD).  The title of the most expensive film in Czech history was previously held by father-son filmmaking duo Jan and Zdeněk Svěrák's war drama Dark Blue World, which boasted a budget of 230 000 000 Czech crowns.

Because of the mammoth budget, this project has a complicated funding model with many partners in play. The complexity has caused delays with the whole situation aggravated by one co-producer who failed to fulfill co-production obligations - two official complaints have been filed against him for the violation of the co-production contract and subsidy fraud.
The Tower of Dreams is a fantasy film mixing special effects, animation and live action while creators attribute the inspiration to influential Czech filmmaker Karel Zeman known for combining animation and live-action and whose works had profound impact on another Czech legend Jan Švankmajer or Terry Gilliam. The official synopsis of the film is:
"Young Rybli grew up in the idyllic world of Aporver. Its inhabitants knew no hatred, pain or evil, until the day when the Heart of the world started to bleed and Garmoro, the Lord of Darkness was born. Garmoro starts twisting the Aporverians into his evil followers, leaving a swath of destruction in his wake. Garmoro kidnaps Rybli's parents and friends and destroys his home. Rybli sets off on an arduous journey to vanquish Garmoro. On his way, he meets the otherworldly, mysterious girl Maysu who refuses to fight against Garmoro. Rybli must choose whether to follow his burning desire for revenge or follow his beloved to The Tower of Dreams..."
Krejčí managed to get on board of the project the Academy Award winner Markéta Irglová who recorded songs for the film, Academy Award Nominee and BAFTA Award winner Terry Rawlings for the supervision of editing and "The Childlike Empress" from The Neverending Story, Tami Stronach among others.
The funds will be received even if the goal is not reached by the end of the campaign. The original goal is 50 000 USD, although organisers already disclosed the stretch goal at the mark of 400 000 USD (which is also the executive producer perk) enabling them to finish the entire film.
Tomáš Krejčí has not let the setbacks on The Tower of Dreams slow his filmmaking ambitions. Quite the contrary, he has already several projects rolling. One of them is the adaptation of Karel Čapek famous sci-fi satire, The War With Newts, currently in the pre-production phase under the title The Salamander War preliminarily set for domestic release in 2017 with budget expect to reach 250 000 000 Czech crowns. Recently, he successfully wrapped crowdfunding campaign for the adaptation of Czech cult comics from 70s, The Adventures of Kruan. Krejčí is also set to adapt Irvin D. Yalom´s psychological novel The Schopenhauer Cure, he works also on a free sequel to Martin Frič 1939´s comedy Eva Fools Around and on directorial debut of Czech actor Jan Budař, an epic fairy tale The Biggest Secret of Leopold Bumbac.
To see the campaign for The Tower of Dreams proceed here.
Tweet Post Submit

Do you feel this content is inappropriate or infringes upon your rights? Click here to report it, or see our DMCA policy.
AnimatedCzechFantasyPoslední z AporveruThe Tower of DreamsTomáš Krejčí