Stuart Muller
Contributing Writer; South Africa
Tweet Post Submit
Neill Blomkamp, director of District 9, Elysium, and the imminent Chappie, appears to not only have landed an Alien movie, but to have enticed Sigourney Weaver to return to the franchise.
Next to nothing is known about the project other than it now appears to be happening, according to an Instagram post by Blomkamp today (see below). What little can be gleaned about it derives entirely from concept art that Blomkamp unexpectedly released early in January. At the time, Blomkamp made clear he had been independently exploring his own ideas for an Alien film and had released the images simply to do something with them, but these ideas would seem to have now quickly escalated to reality.
Check out the gallery of his unofficial concept art below. 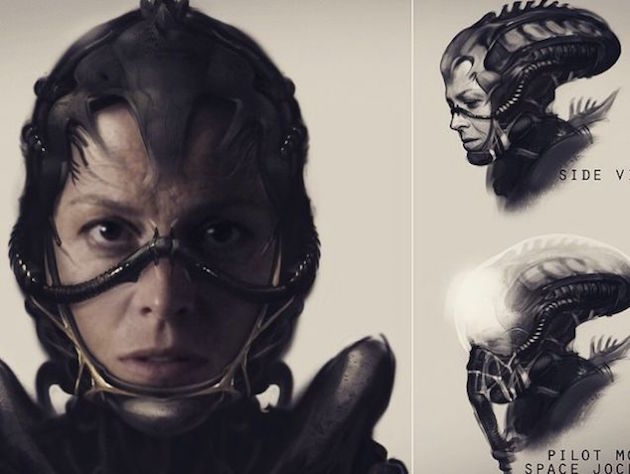 Another Reaction to the ALIEN News
By Andrew Mack

Well. How about that? In recent days the internet was losing its shit over a bunch of Alien conceptual art that District 9 and Chappie director Neill Blomkamp shared.

Everyone started putting together the pieces of this puzzle and theorized about what the story could be. The idea behind it was that it was maybe a story which took place after Resurrection and would mark the return of RIpley and a scarred to hell 'But still alive!!!" Hicks. The story would finally return to Earth where Weyland Corp got themselves a derelict Alien ship at Weyland Yutani Headquarters.

Other concept art featured Ripley in a Space Jockey pilot mask and a pissed off Queen Xenomorph. It was the stuff and dreams and nightmares are made of. But according to Blomkamp, this was just something that he was working on by himself. He tweeted that the studio had nothing to do with it.

It might have helped his case when he shared it with Sigourney Weaver and she expressed her enthusiasm for his ideas that he shared with her while she was working on Chappie.

Someone at 20th Century Fox noticed the implosion and Variety is reporting that they have closed a deal with Blomkamp to direct a new Alien film. The director shared the following message on his Instagram account earlier today.

Um... So I think it's officially my next film. #alien

The other good news is that this will happen apart from Ridley Scott's second Prometheus film. However, Scott will produce this other Alien film through his Scott Free.

It has not been confirmed whether this new film will follow the story in Blomkamp's mind when he came up with this conceptual art. Nor do we know yet if Ripley/Weaver or Hicks/Biehn will return once again. 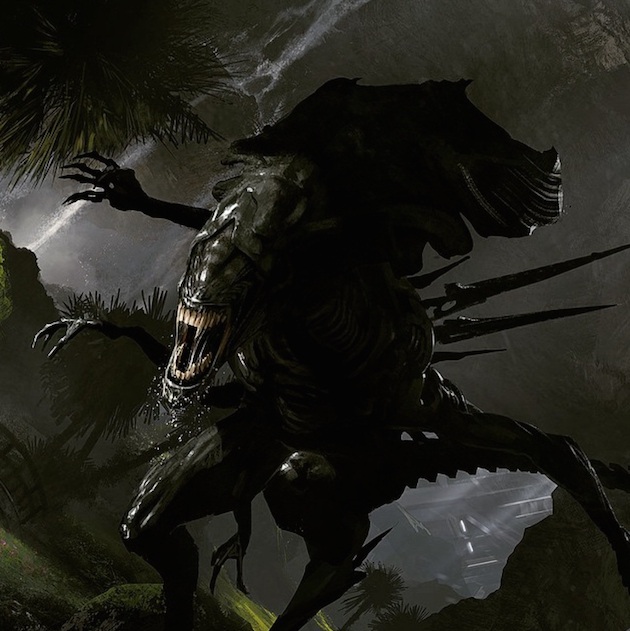 In a recent interview with MTV to promote Chappie, Weaver let loose that she and Blomkamp had discussed his ideas for the movie throughout her time on set, and the organic way in which this potential film had arisen is part of what drew her in. (Weaver has long resisted a "forced" sequel). In the same series of promotional interviews, long-time Blomkamp collaborator and friend, Sharlto Copley, who starred as Wikus in District 9, stole the show as Kruger in Elysium, and provides the voice and mo-cap for Chappie), would say nothing on the subject except that it was one they had discussed together, and would be "spectacular."

Whether or not a Blomkamp Alien movie has been slowly gestating behind the scenes or only gained traction with the release of the concept art, Weaver's clearly positive experience working with Blomkamp on Chappie could only have helped to move the project along. Particularly since the artwork clearly implies an important role for Ripley in Blomkamp's vision (as well as Hicks).

It remains to be seen how Blomkamp's upcoming Chappie will fare; it is a return to his more quirky, intimate, and smaller-budget roots, and one hopes it is offers something closer to District 9 than to his first megabucks effort, Elysium. Alien would undoubtedly come with a massive budget of its own, as well as all the tampering that entails, and would again put Blomkamp squarely in the blockbuster limelight. Still, by then he would have three features and a wealth of experience under his belt, and his passion for Alien is legendary, so it's hard to see how this could be anything but a win for sci-fi lovers. 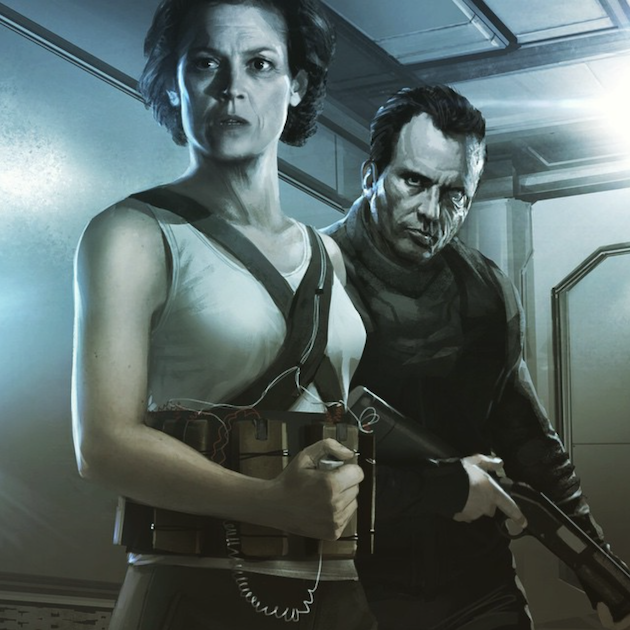 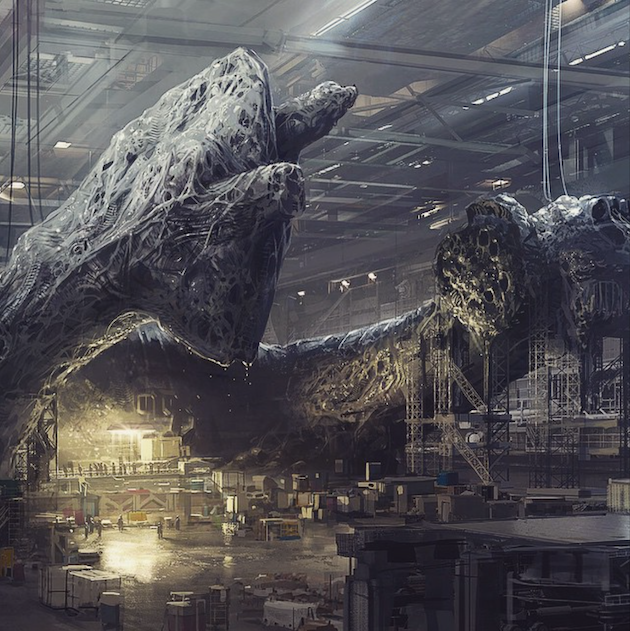 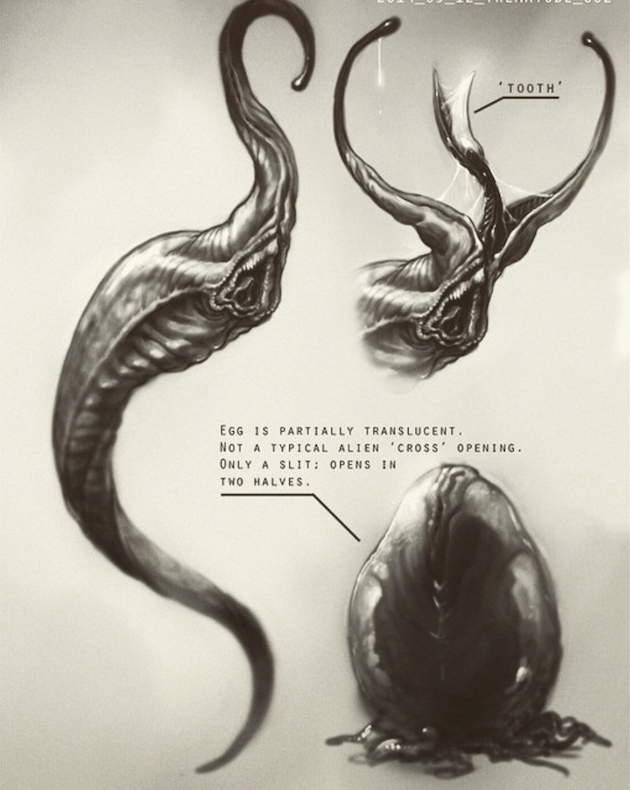 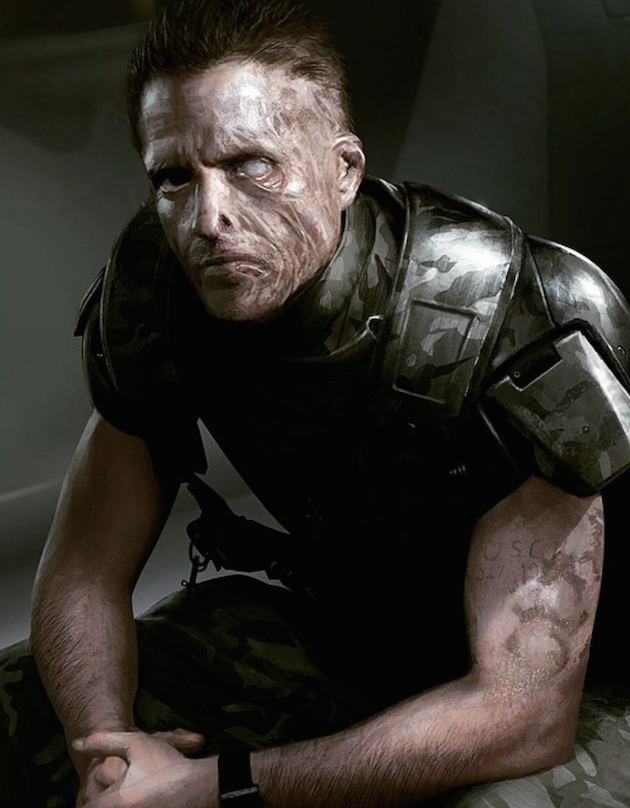 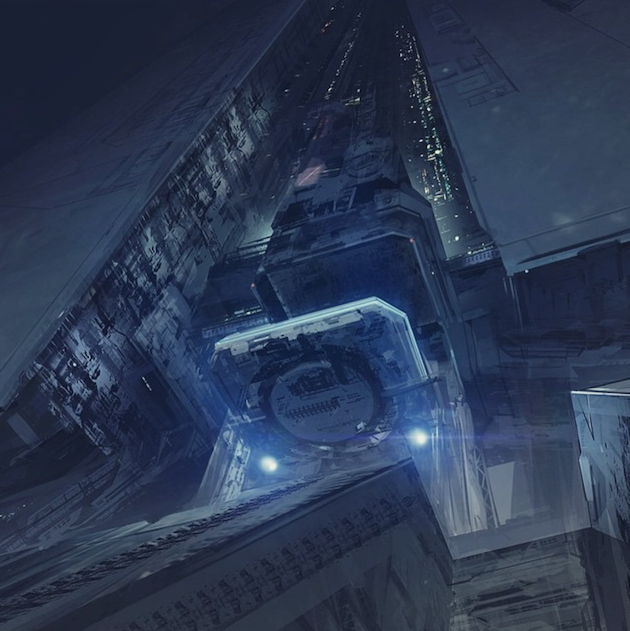 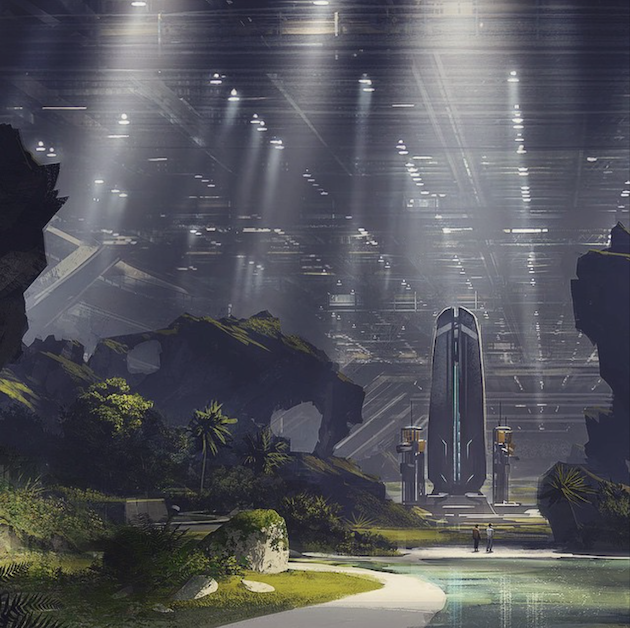