Todd Brown
Founder and Editor; Toronto, Canada (@AnarchistTodd)
Tweet Post Submit
Aaron Moorhead and Justin Benson's Spring begins its theatrical run in the US on March 20th and while the local art for the romantic horror hybrid made its debut a little while back we're now able to share the international poster art for the film as well.

Evan (Lou Taylor Pucci, Evil Dead, Thumbsucker) is a young American fleeing to Europe to escape his past. While backpacking along the Italian coast, everything changes during a stop at an idyllic Italian village, where he meets and instantly connects with the enchanting and mysterious Louise. A flirtatious romance begins to bloom between the two -- however, Evan soon realizes that Louise has been harboring a monstrous, primordial secret that puts both their relationship and their lives in jeopardy.

A beautiful, fluid genre-bender from directors Justin Benson and Aaron Moorhead (Resolution), Spring is an unforgettable romance of mythical proportions.

Take a look at the poster below and remember you can click to enlarge.

[Full disclosure: I've got an executive producer credit on this one so, you know. Bias.] 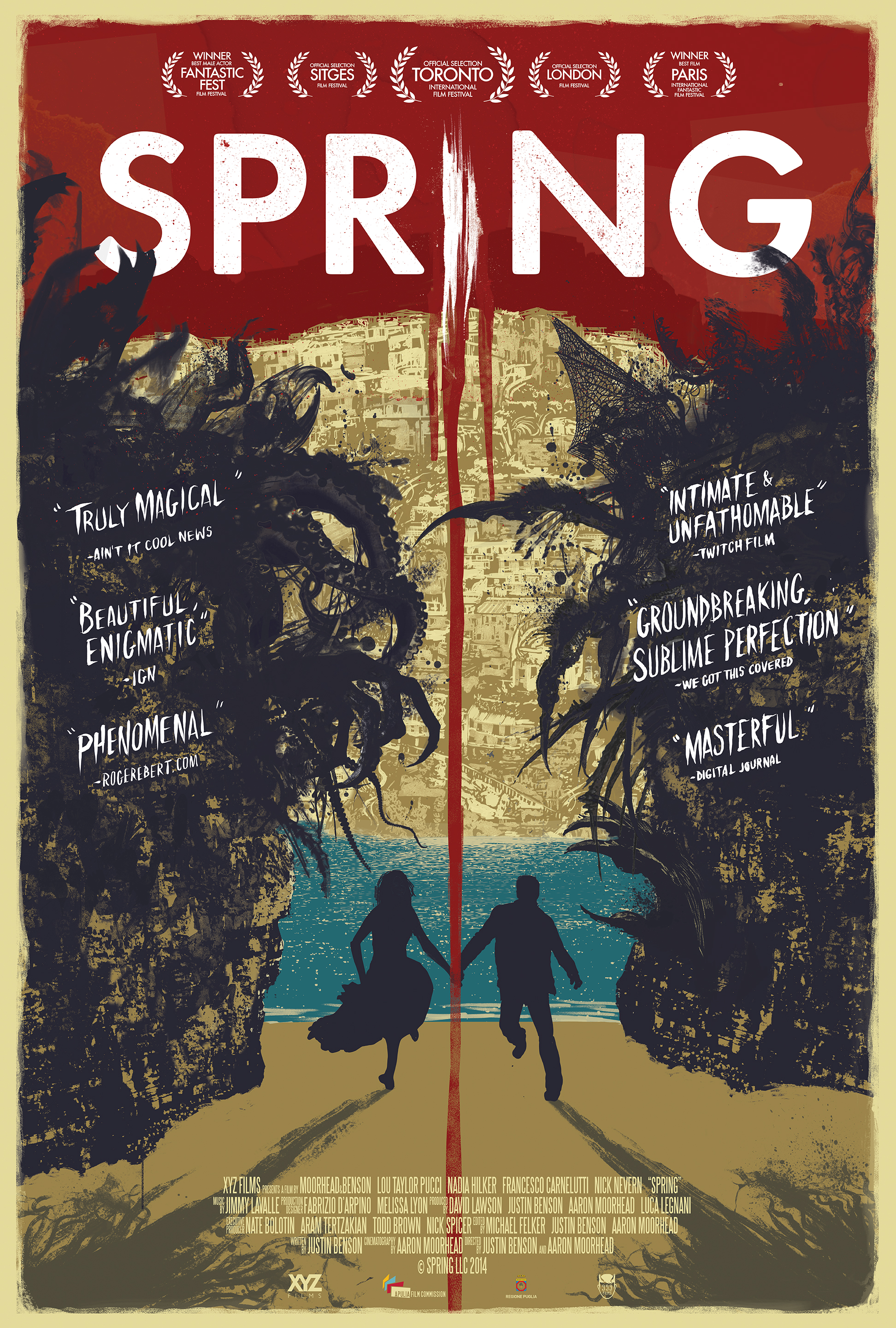