THE HATEFUL EIGHT: Quentin Tarantino Gets Final Say On Who Buys His Film? 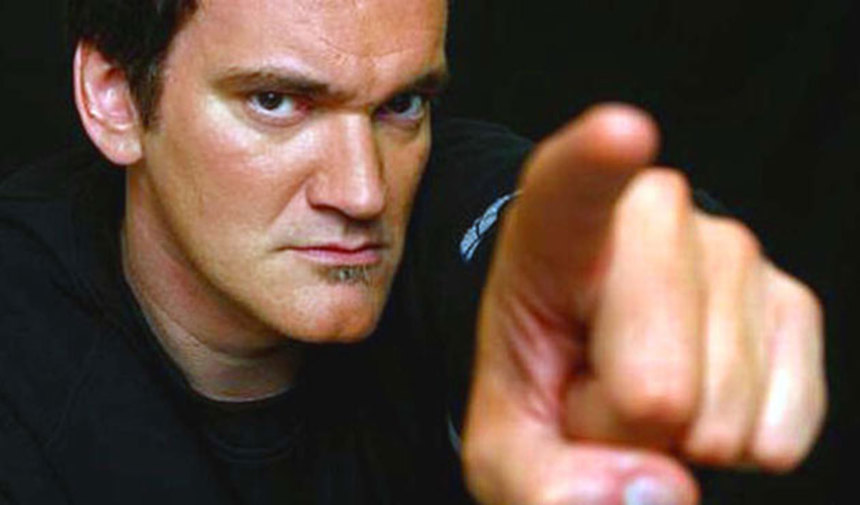 THR is reporting that buyers are finally getting a chance to negotiate for the distribution rights to Quentin Tarantino's new western, The Hateful Eight, but not without the permission of the director himself.
According to the report buyers were stymied at AFM where TWC, the film producer and seller, first had the film available. Word then was that TWC was considering a global VOD deal with Netflix. But now distributors can make bids for the rights but not without some stipulations.

Final deals are taking time, buyers say, as Tarantino is demanding he personally approve the distributor for the film in every territory.
As was previously reported, the director is also requiring all distributors to release the film first on 70 mm, a move that will limit its initial exposure, as there are fewer theaters equipped to screen the older format. After its initial 70 mm run, Hateful Eight will have a regular 35 mm run.

I understand someone wanting control of how their film is watched. I understand over the years that someone of Tarantino's infamy feels he can make these kind of demands. Very few directors carry that kind of clout, earned or assumed. But the report is right. At least here in Canada there are very few cinemas equipped to run a 70mm print. I was chatting with another ScreenAnarchy writer who sure as heck knows what each and every cinema here in Toronto can project and only two can run a 70mm print.
The rub of it is that the screens at these two venues are too small for this to make any good of the format. And across the Great White North there are but a handful of places equipped for 70mm. And how about the irony that the cinema Tarantino owns, The New Beverly, could not even play it until it begins the 35mm run? Under the guise of presenting it the best way he sees fit he is also creating the demand by making the smaller markets wait their turn.
And now the demand that he approve whoever distribute his film. Is he maximizing presentation or profit? Why do you think Tarantino is taking this position on the distribution of this film as well? Is he still a little sore from the script leak? Is he simply protecting his film as he sees fit?
What is really going on here?
Sign-In to Vote
Tweet 0 Submit

Do you feel this content is inappropriate or infringes upon your rights? Click here to report it, or see our DMCA policy.
Hateful EightQuentin TarantinoSamuel L. JacksonKurt RussellJennifer Jason LeighWalton GogginsCrimeDramaMystery

He's making a pro film statement. He believes in the look; the whole light shining though a piece of acetate thing. I can't say I blame him. I'm sure when he's thinking this stuff up that's how he sees it and it pays off. I love the look of his films.

Absolutely! It's Tarantino's work, his movie! His game; his rules! If you don't like it, you can skip his movies and go home! Film is superior to digital! Will film survive? Probably not, but Tarantino and Scorsese will be dead when film finally faulters!

He is just being the boring, arrogant asshat that he is.

I get his love for film, when i watch a movie from, let's say the 80s & 90s i can tell a difference. Not just the grain but the way it's shot. Film was expensive so people were more careful, the audience was less ADHD so directors didn't have to do fast cuts.
I've seen some films with digital grain added but for some reason i can still tell that it's faking it.

There is a third screen in the Greater Toronto Area equipped with a 70mm projector. That makes Toronto probably the North American city with the most active 70mm projectors.

great idea but gonna limit its release to say the least

Aspie asshat that he is.