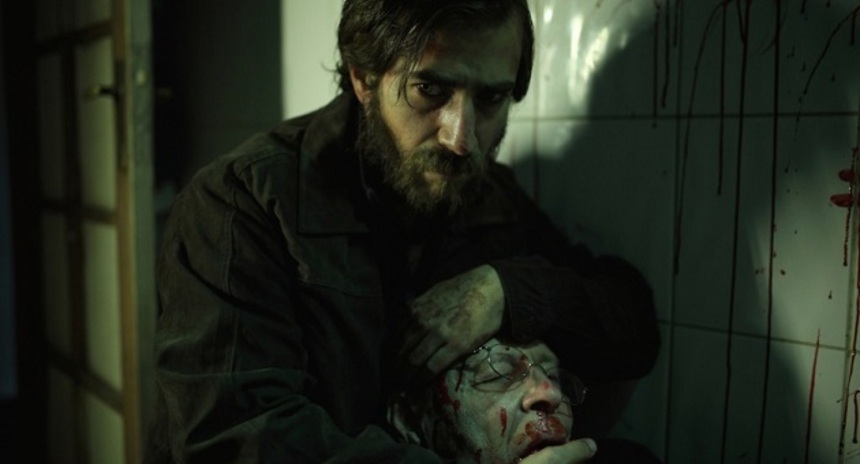 Our friends at Raven Banner Entertainment will not leave Berlin empty handed after the EFM shuts down. They have acquired the Canadian rights for Guillermo Amoedo's Chilean English-language flick The Stranger, from this day on known as Eli Roth Presents The Stranger.
As stated in the press release:

From the creators of the Sundance sensation Knock Knock, the Guillermo Amoedo film premiered at Fantastic Fest 2014
Genre specialist, Raven Banner has landed the Canadian rights to Eli Roth Presents The Stranger, which premiered at the 2014 Fantastic Fest and won the Best Iberoamerican Film Award at the 2014 Sitges.
Guillermo Amoedo wrote and directed the violent genre film, which centers around a mysterious man who travels to a small Canadian town looking for his wife and instead finds a bloodbath.
Lorenza Izzo, Aaron Burns, Ariel Levy, Nicolás Durán, Cristobal Tapia-Mont and Louis Gniecho star in The Stranger, which was produced by Miguel Asensio, Nicolás López and Eli Roth and executive produced by Cassian Elwes.

ScreenAnarchy's Michele "Izzy" Galgana caught the film when it premiered at Fantastic Fest. She noted some uneven acting in the cast as well as with some of the special effects, gruesome though they may be. You can read her full review below but the gist of it is that the film is a "mixed bag but worth checking out".
There is no word yet on what Raven Banner's release strategy will be. Once we know, you will know.
Tweet Post Submit

Do you feel this content is inappropriate or infringes upon your rights? Click here to report it, or see our DMCA policy.
Eli RothGuillermo AmoedoNicolas LopezThe Stranger