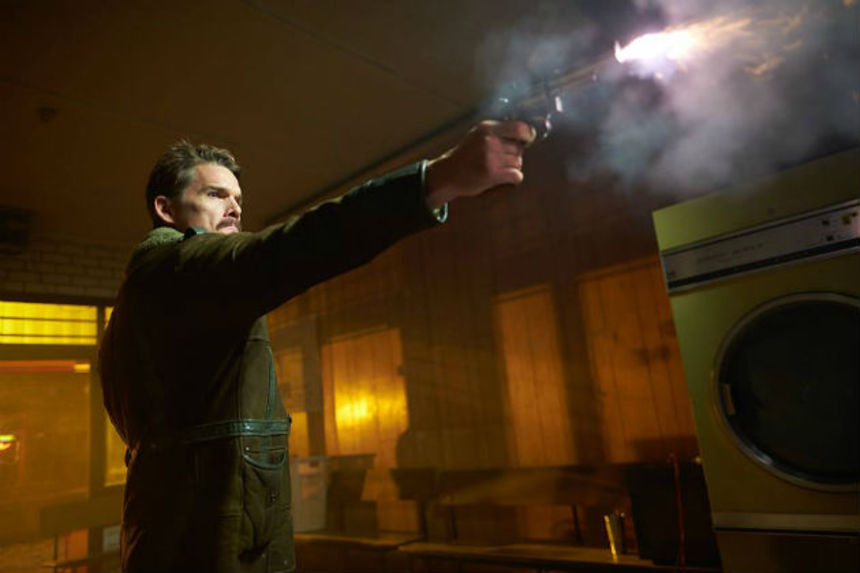 A guy walks into a bar and tells a spellbinding story that has nothing to do with time travel.

It's haunting, it's poignant, and it takes up the first big chunk of Predestination, a new movie from the Spierig Brothers (Michael and Peter), who made a big splash with the broadly entertaining zombie comedy Undead more than 10 years ago. Since then, they've made their version of a vampire movie (Daybreakers, in 2009) and now this, an exploration of time travel that feels altogether refreshing.

Ethan Hawke is introduced as someone who travels through time in an official capacity. The details are sketched in a teasing, incomplete manner -- a mad bomber in the 1970s is terrorizing New York, Hawke thinks he can stop him from committing the crime -- and then Hawke is tending bar and listening to an epic tale of loss and longing, related by a guy who begins by saying, "When I was a little girl ..."

The character, played marvelously and with great dexterity and empathy by Sarah Snook, narrates, but at first it seems like a very, very bad idea to have an all-knowing voice explaining thoughts and feelings and motivations. Why not show, rather than tell? And what happened to the time-travel component? Isn't this a movie about time travel?

Sure it is, and this will all make sense (of a sort) before the credits roll. But the story of a little orphan girl, born in 1945, growing up in a more repressed time and feeling different and isolated and unloved, turns out to be a universal tale of loss and longing. 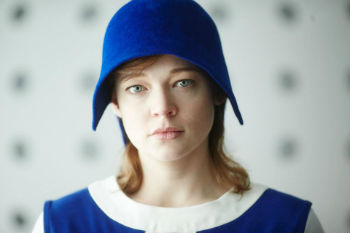 Sarah Snook's character emanates a fragile power; she's very strong, physically and especially intellectually, yet it seems she could break at any moment. Societal norms exert tremendous pressure on anyone who does not conform, made all the more tragic when the non-conformist doesn't have any idea how to conform, and that's the situation in which the character finds herself.

The Spierig Brothers create a dreamy, precise, alternative version of the 1950s and 1960s, one in which the space program offers opportunities for young women to blast off to the stars. All this unfolds in a deliberate fashion that broke down my initial resistance and got me completely hooked. The young Snook tells her story to the grizzled Hawke; we know he knows more than he's saying, and that somehow this will all tie into time travel and the "Fizzle Bomber," and even though the movie's not in any apparent hurry to get there. it's all serving a purpose.

As with all time-travel movies, it seems, Predestination eventually gets into the rules of time travel -- there are always rules -- and the parodoxes -- there are always paradoxes -- and by that point I was a willing passenger on the puzzling vehicle constructed by the Spierig Brothers. I'm not as smart as Sarah Snook's character, and so the paradoxes tripped me up. (Time-travel stories are always easier to follow on the printed page.)

If everything doesn't quite add up, though, Predestination still satisfies as a tender character study, played with my favorite minor-key notes, and nimbly performed by Snook, Hawke, and Noah Taylor, who figures into things as an elegant, laconic authority figure. The Spierig Brothers continue to grow as filmmakers. The inspiration for the film came from Robert Heinlein's classic short story "--All You Zombies--," but the Spierigs have created another, distinctive world of their own.

Review originally published during SXSW in March 2014. The film opens in select theaters in the U.S. on Friday, January 9.

Do you feel this content is inappropriate or infringes upon your rights? Click here to report it, or see our DMCA policy.
Ethan HawkeMichael SpierigNoah TaylorPeter SpierigSarah SnookSpierig Brothers