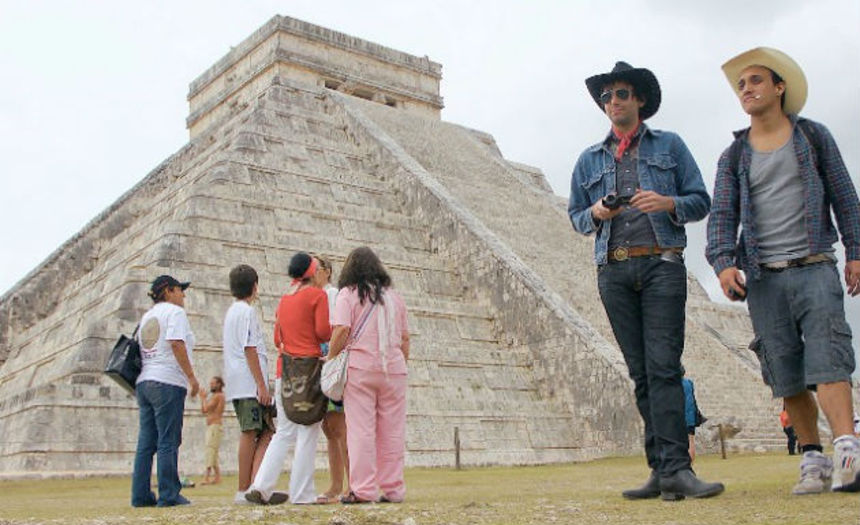 The year 2012 was, for most of humanity, a waiting game. The Mayans predicted the world's end. Riots sprouted. Floods happened. Scandals erupted. It seemed the Mayans spoke true, but there was still no assurance that the world was on the verge of its own demise.

Amidst the chaos produced by the world's hesitation to die, film was quietly performing its own disappearing trick. There were debates. Self-proclaimed vanguards of the cinematic arts were busy looking forward, confident of the continuation of the business despite the business' abandonment of its first medium. The rest, those oblivious to the business of movie-making, were subsisting on throes of nostalgia, scrambling for the last remaining reels of film and creating very personal odes to celluloid, on celluloid.

The apocalypse happened. We were there to witness it. Film cameras were no longer being made. Analog projectors were no longer being used. Raya Martin, who stubbornly made films in celluloid when his comrades were shooting in digital, and Mark Peranson, editor of Cinema Scope, had the best view of cataclysm. In La última película, an impeccable collaboration between the two very outspoken cinephiles, they are seen viewing the apocalypse. Images of rampaging meteors and fiery explosions are superimposed on a peacefully starless night sky. Despite the spectacle, the two are quite withdrawn. It's just another show.

La última película, for all its brash self-consciousness, is neither nostalgic nor dismissive of that foregone era. It masks its melancholy with sarcasm, bleeding incessantly from the antics and bickerings of a filmmaker (Alex Ross Perry) and his Mexican guide (Gabino Rodriguez), who are in Yucatan to scout locations for what is planned to be the last film ever made.

When melancholy manages to escape the clutches of Martin and Peranson's intellectual comedy, the pay-off is quite tremendous. The film within the film shows a woman visiting a departed loved one in the cemetery. She is singing a mournful song. What follows is a montage of random everyday oddities, all shot in celluloid, all beautifully textured. The sombre montage gives way to an abrupt change. We now see Martin and Peranson's film crew in high definition digital, shooting the film within the film. Peranson asks Gym Lumbera, his cinematographer, a question about shooting in celluloid. Lumbera then relates how he is certain that the film camera has stopped recording. He can hear it recording. Filmmaking has become too dolefully quiet. 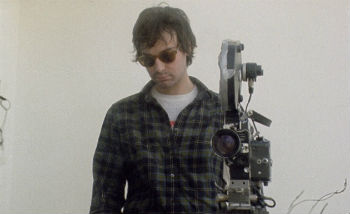 It all seems chaotic. La última película switches from one medium to another, seemingly without rhyme or reason. The images from the various media, edited together exposing their individual merits and faults, can either incite further or end the debate that has been hounding the film community since digital started replacing celluloid. While the film is quiet towards its biases, it nevertheless feels like film's rightful valediction.

La última película elucidates the flurry of emotions surrounding what was the cinematic apocalypse. It is best viewed as a relic from a recent past, a foregone era, an enigmatic museum piece. It is that bewildering but very enjoyable artifact of how all the talk on the state of cinema has become so absurdly serious and seriously absurd. With a wondrous marriage of self-importance and self-irreverence, La última película succeeds in being everything it sets out to be, an often frustrating but always joyous celebration of cinema.

What eventually surfaces is something else, something reminiscent of what Martin and Peranson were looking at in the night sky. Meteorites are falling. This is the apocalypse. And the apocalypse is just beautiful.

Review originally published at ScreenAnarchy.com and Lessons From the School of Inattention in connection with the film's October 2013 theatrical release in the Philippines. It opens at the Film Society of Lincoln Center in New York on Friday, January 9. Visit the official site for more information and to purchase tickets.

Do you feel this content is inappropriate or infringes upon your rights? Click here to report it, or see our DMCA policy.
Alex Ross PerryCanadaGabino RodriguezMark PeransonMexicoPhilippinesRaya Martin