THE VISIT: Trailer For Sundance Selected Doc Asks If We're Ready For Aliens To Arrive 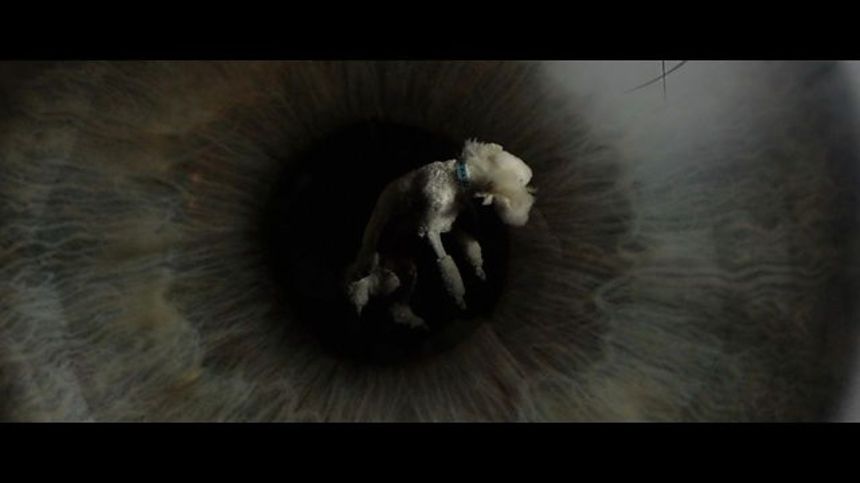 Though we're still unpacking the full Sundance selection this year one of the first titles to jump out to our attention is Michael Madsen's The Visit. No, the director is not the guy from all those Tarantino films. Yes, he is very, very good at what he does. And what he's doing here is asking whether we on earth are prepared for an inevitable alien visitation.

An alien encounter. A hypothetical visitor arrives from Outer Space. The authorities are immediately alerted - the military, defence and communication advisors, and the United Nations Office for Outer Space Affairs. How to deal with this unprecedented event? How to reassure Earth's inhabitants, who are prone to panic, when you have no previous experience to draw upon?

This is absolutely fascinating stuff and utterly gorgeous - in as weird a way as befits the subject matter - to look at. Take a look at the trailer below.

The trailer video is broken. It shows "Unable to resolve the server's DNS address." or "Cannot find server".

The trailer is ok but I found that I had to re-start it before it would play. I have often wondered about what would really happen if this took place. We already know what would happen if a craft were to crash land on our planet if it took place inside the united States!!( the famous discovery back in the 40's in the southwest desert) The military would feel that it would be THEIR place to take charge of any situation involving a space visitor!!

It would probably happen where the population is either the lowest or highest depending on their intentions. They have been studying us for ages so that means they will not be fooled. They don't want the planet if anything they have come to take what they need and leave. Chances of them doing that already are high. Due to their Technology (which is only obtainable by/though unity) they know its time man kind get taught a lesson he wont forget! ATM the leaders of this world are 90% evil are Corrupted to their own dreams and goals. The only way to save this world is to take out the leaders! My predictions are they already here under the sea and inside the earth Harvesting and studying.

And in other news, FOX is in talks with Chris Carter to bring back the X-Files for a short run. Coincidence? ;-)

The Visit does look like a pretty cool movie. It's on my list to see this year.

We are already being visited and the governments of the world have keep us from the facts for some of the very same reasons explored in the film.

Why do you think we have been visited?

No, we haven't. The romanticized notion of extraterrestrial visitation is something that people like you use to fill a void in your otherwise empty lives. Or, you have psychological problems which need to be addressed. It's one or the other.
I do believe that, somewhere in this vast universe, other life exists. Non sentient life may even be abundant but intelligent life is likely to be much, much rarer. Sure, it's out there somewhere but those civilizations would be faced with the same roadblocks we face when it comes to space travel. We're limited by the speed of light, extreme cosmic radiation and a host of other problems which would severely limit interstellar travel. Stories of grey aliens beaming people up, walking through walls, telephathicaly communicating with each other etc are just utter nonsense.

“No, we haven't. The romanticized notion of extraterrestrial visitation is something that people like you use to fill a void in your otherwise empty lives. Or, you have psychological problems which need to be addressed. It's one or the other ”

I respect your viewpoint regarding extraterrestrial visitation, and you are entitled to have an opinion based on your own percipience; however, to immediately discredit a theory that has yet to be proven as factual-based and validated by evident research accessible to the public and corroborated by professionals within the scientific community (unless evidence exists that is being withheld from the general public, again theoretical), then, concluding that anyone who agrees with the notion that we have been visited in the past or present by extraterrestrials, as a person who is psychologically impaired and/or living a mundane life of emptiness, only characterizes you as an arrogant dick hole. Don’t be THAT guy. People on both spectrums have strong arguments regarding this subject matter. Again, that was a horrible way to pitch your opposition to a non-intrusive and relevant statement made by someone who obviously shares a different view.

Perhaps, depending on your personality type, you will someday grasp the concept that our understanding of the universe and basic laws of nature are not set in stone. The concept that we are limited by the speed of light, thus making space travel impossible, will never remain unchallenged (i.e. theorized tachyons particles). The simple fact is that our species is intelligent, free thinking, and ingrained with an unquenchable curiosity. This natural born curiosity will always go beyond impossible. I truly believe these “roadblocks” will be overcome as we progress into a more sophisticated era. That being said, other intelligent life may have overcome these roadblocks millions of years before our planet became a planet.

The possibility that we have been visited by other worldly beings is no longer a preposterous concept. As the idea of e.t. visitation gains popularity across the globe, more and more people are gazing in the sky keeping an eye out for strange phenomenon, equipped with camera phones and social media. Some of the camera footage available are indeed fake, but some appear to be legitimate with no signs of editing. There are people who record the International Space Station live feeds and have spotted unknown space craft materializing on screen, right before NASA cuts the live feed. This has happened more than once. Burying our heads in the sand and accepting that everything on the internet is an elaborate hoax seems foolish, whether true or not.