Review: THE VISIT, A Fleeting Resemblance To A Funhouse Joy Ride 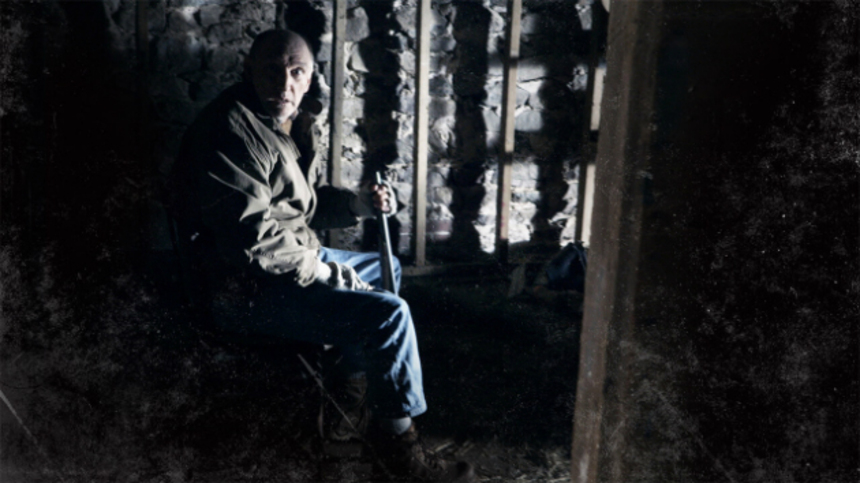 The set-up for the first horror movie by M. Night Shyamalan since The Happening (2008) is explained clearly in its opening scene, which is an early sign that the movie itself is almost an afterthought.

Since The Sixth Sense put him on the cinematic map in 1999, Shyamalan's plot twists have generated more attention than anything else in his films. Lost in the gleeful "gotcha" glee, his strengths and weaknesses have been minimized, so that his increasing dexterity as a director -- his compositional skill, his restraint in only moving the camera when needed, his well-measured pacing -- overshadowed his limitations as a writer. It sometimes seemed that Shyamalan worked backwards from his climactic twist, coming up with an ending first and then devising a story that would lead up to that moment.

There's nothing wrong with that approach, of course, as long as well-drawn characters are created to guide the viewer through narrative ups and downs that make some kind of sense. As the years passed, however, Shyamalan's characters became increasingly dense and his stories deteriorated into far less compelling material to follow, to the point that The Happening was outright risible.

In The Visit, at least much of the humor is intentional, though it most often arises from the mouth of 13-year-old Tyler (Ed Oxenbould), thereby making it juvenile humor indeed. Tyler and his older sister Becca (Olivia DeJonge), 15, have pressed their mother (Kathryn Hahn) into allowing them to visit her parents, from whom she has been bitterly estranged for some 15 years. After an extended train journey by themselves into the wintry Pennsylvania countryside -- Mom still harbors resentment about their 'split' and has steadfastly refused to see them ever since -- Becca and Tyler are fascinated to greet Pop Pop (Peter McRobbie) and Nana (Deanna Dunagan) at the station. Becca is a fledgling filmmaker and wants to make a documentary about the experience. Tyler is a fledgling rap artist and welcomes the opportunity to unearth new source material for his songs. Their week-long visit starts awkwardly, as might be expected. Pop Pop and Nana are farmers but, more pertinently, they are old, and that becomes a mantra for the kids -- and their mother, via Skype -- to repeat when they notice odd behavior almost immediately: 'They're old. Old people get like that. Be kind to the old people.'

The odd behavior by Pop Pop and Nana gets increasingly more bizarre as the days tick by, although each excuses the other's conduct to the kids in a somewhat reasonable manner. Still, the kids gradually become more and more suspicious as the week passes. Are they imagining things are worse than they are? Don't they know that old people are weird? And don't they want good material for Becca's documentary?

Shyamalan's movies have often featured more talking than showing, and that's certainly the case here, with the kids discussing the old folks every day, wondering what they should do. After a certain point, and it doesn't take long, the repetition becomes a bit maddening, and then a bit irritating, especially because the suspense never ratchets upwards. Every night, something odd happens, and then it stops, and then the kids go to bed.

Really? Even taking into account Shyamalan's own inclination away from explicit violence, there's precious little to keep anyone riveted to the screen, beyond Tyler's steady stream of wisecracks. The performances are fine and flow naturally from the actors, but the extended periods of limbo keep The Visit from ever building into the suspense thriller it wants and needs to be.

With two kids placed in a situation of possible peril, it's as though Shyamalan reconsidered and decided to protect them rather than endanger them. While that's understandable from a parental standpoint, it ensures that The Visit bears only a fleeting resemblance to a funhouse joy ride.

The film opens wide in theaters throughout North America on Friday, September 11.

Do you feel this content is inappropriate or infringes upon your rights? Click here to report it, or see our DMCA policy.
Deanna DunaganEd OxenbouldhorrorJason BlumKathryn HahnM Night ShyamalanOlivia DeJongePeter McRobbie