Check Out This Living Poster For Guy Maddin's THE FORBIDDEN ROOM 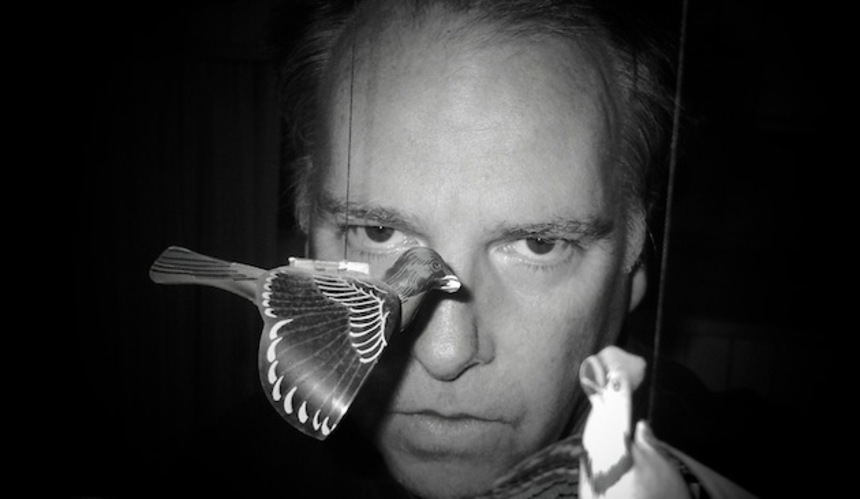 Canadian director Guy Maddin has a new film coming. Or is films? The director has been working on a multimedia project known as Seances, or Spiritismes in some circles, which sees his cast and crew holding a seance to invite the spirit of a lost silent film to possess them so they can recreate it. These recreated films are to then be presented as interactive web content, video installations, and subsequently screened as a theatrical cut.

While much of the cast and crew appear to be the same in The Forbidden Room, it is not entirely clear if this is Seances retitled, the theatrical cut with a new title, or merely an unexpected offshoot of that whole project.  What is evident is that The Forbidden Room is undoubtedly a spectral affair, and the cast includes such interesting folk as Udo Kier, Mathieu Amalric, Geraldine Chaplin, and Charlotte Rampling.

Ahead of a more official announcement, which we have been promised soon, is this nifty living poster, which is perhaps the first time I am impressed with these living/motion posters. Perfectly spooky and experimental, it's something that feels right up Maddin's alley. Check it out below, and make sure to go full screen to get the... ahem... full effect.
Tweet Post Submit

Do you feel this content is inappropriate or infringes upon your rights? Click here to report it, or see our DMCA policy.
charlotte ramplingghost storyguy maddinmathieu amalricthe forbidden roomudo kier