Apes, Robots And Not Men In Suits Part Of Oscar's Short List For Best VFX 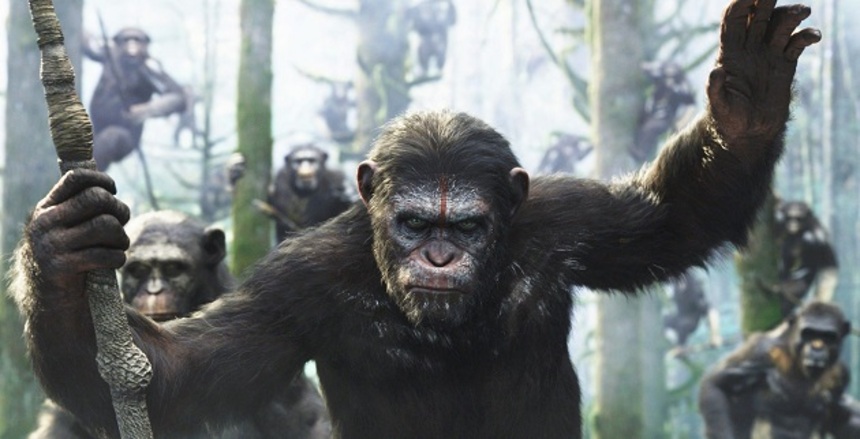 Visual effects play a large part in a lot of films that we have loved and hated this year. From Andy Serkis' mo-cap ape in Dawn of the Planet of the Apes to the clutter, clank and do-you-have-any-friggin-idea-what-is-going-on robots in Transformers: Age of Extinction. The Academy released their short list of movies vying for an Oscar in the new year.

Variety reports... The VFX branch executive committee determined the shortlist.  All members of the branch will be invited to view 10-minute excerpts from each of the shortlisted films on Saturday, Jan. 10.  Following the screenings, the members will vote to nominate five films for final Oscar consideration.

Have a look at the list. Out of these ten films who do you think will make the top five and who should win overall? A lot of people put in a lot of hours making new worlds, bringing creatures to life or sending humankind into the stars. Sure, their work deserves more than just a shiny statue, but as they say, it is nice to be nominated.

"Captain America: The Winter Soldier"
"Dawn of the Planet of the Apes"
"Godzilla"
"Guardians of the Galaxy"
"The Hobbit: The Battle of the Five Armies"
"Interstellar"
"Maleficent"
"Night at the Museum: Secret of the Tomb"
"Transformers: Age of Extinction"
"X-Men: Days of Future Past"

Visual effects seems like a pretty broad umbrella term, but in the sense of doing wonderfully in immersing the audience in new worlds, I'd personally narrow it down to (in no particular order) Guardians of the Galaxy, Interstellar and The Hobbit: Battle of the Five Armies (judging the last by its predecessor films and trailer only, of course). Though I haven't seen Apes, Maleficient, Museum, or Transformers, I can't imagine by their premises that they reach the visual level of the aforementioned three. Except possibly Apes and Maleficient.

The mo-cap work on Apes is pretty good. Guardians was all FX and created wonderful worlds. These are really the only two I am willing to give any credit to at this point. Haven`t seen Maleficant, Transformers and Museum. But you only have to see one Transformers to know that you don`t have a effing clue what is going on on that screen. Haven`t seen Hobbit. I have all but given up on those films after the first one and from the looks of the trailer it is pretty much the same as the first trilogy so what new ground has it broken?

Definitely have to agree with the whole Transformers ordeal. As for the Hobbit series, it's pretty much a bias, but I'll always look forward to another adaptation of the Tolkien-universe simply because it is deriving from that body of work and because I'll always admire the caliber of Jackson (and crew)'s production work. Following the production diaries that the man himself makes to upload on YouTube to show fans just takes that admiration a further, huge, notch upwards. So while I admit that the film doesn't break any new ground (the advancement towards more CGI work in comparison to the first trilogy can be interpreted as an ironic step-backwards in terms of authentic artistry, even), it still dons an esteem that places it above most of the other candidate listed. Frankly speaking, it's establishing a wholly different universe with different physical species, cultures, etc., all fabulously portrayed through visualization, while the other flicks' trump cards seem to just be giant monsters, giant robots, other high-tech machinery, spectacles of flashy super-powers, and the like, in a very familiar world. I guess you could say my judging criteria is rendered automatically unfair just because any film that takes you outside of Earth has the edge; in rebuttal to that I can only refer back to my first comment about the award itself being pretty damn broad, so that's the way it boils down for me, I suppose.

"Dawn of the Planet of the Apes" was surprisingly soulless and utterly botched movie. I can't imagine how people liked it and how it could gather 74+ mil: http://time.com/2979787/box-of...
I guess its the fast food, people eat it and their brains get downgraded so they can enjoy utter crap and even be proud of having watched it.

No Edge of Tomorrow? I thought those effects were great. Well, maybe just because I like the movie more than a bunch of stuff on the list.