Fantastic Fest 2014 Review: THE ABSENT ONE Chronicles The Infuriating Power Of Evil 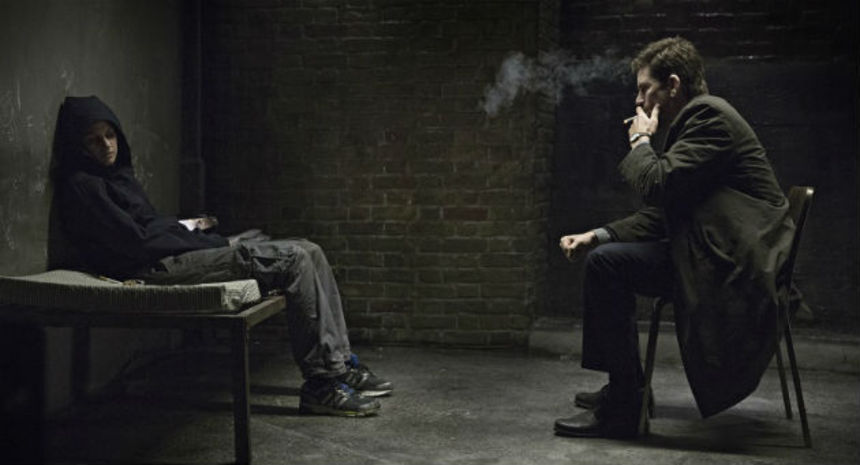 Absolute evil exists in this world, and that is absolutely infuriating.

When it's captured in a murder mystery whose premise sounds like a thousand other murder mysteries, that is either a blessing or a curse. When it comes to The Absent One (Fasandræberne), a Danish thriller directed by Mikkel Norgard, it's a blessing, even though my blood began boiling about halfway through and then caused hot air to blast out of my ears as I struggled to keep my emotions in check.

My response, of course, is no guarantee that the movie itself will elicit that kind of reaction for anyone else. Yet it is attributable, in part, to the swirling combination of deeply felt emotions expressed -- or held in check -- by a superb cast, as well as Norgard's orchestration of the expertly-paced mood and the strong narrative that presses ever forward to the inevitable conclusion.

Admittedly, modern noir pictures and murder mysteries are longtime bedfellows, accustomed to cheating with other sub-genres. The Absent One sticks resolutely to its guns, however, setting up the mystery cleanly with sufficient motivation to get the plot moving in the right direction. Carl Mørck (Nikolaj Lie Kaas) is a police detective in Department Q, which has a stack of 50 unsolved cases looming over the force. His loyal partner, Assad (Fares Fares), nudges Carl toward the stack, but Carl quickly becomes obsessed with a 20-year-old case. 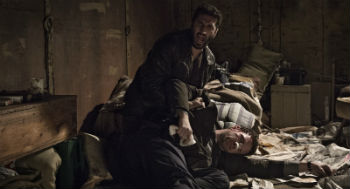 At first, he digs into it out of a sense of obligation, which gives way to genuine curiosity, and then is fueled by growing outrage, especially at one of the alleged participants, Ditlev Pram (Pilou Asbaek), a wealthy businessman who smugly enjoys a world of privileges.

As the movie flashes back to fill in the details of the case, revolving around teenage students at a boarding school for the highly-privileged youth of Denmark, my own anger began building as well, which amplified the depth of my emotional reaction to the movie as a whole.

What cannot be denied, however, is the craftsmanship that Norgard and his collaborators display. Norgard is best known internationally for the riotously funny Klown and the TV series that inspired it, but more recently he directed four episodes of Borgen, the expertly-modulated television series set in the world of politics, before tackling The Keeper of Lost Causes, also based on a novel by Jussi Adler-Olsen, and also featuring detectives Mørck and Assad.

While The Absent One is therefore a sequel to a movie I haven't seen yet, its power is not diminished by that ignorance. Rather than strictly building a mood of suspense and tension, Norgard cultivates a very suggestive atmosphere that leaves itself open for interpretation.

It would be easy enough, I imagine, to become solely involved in the procedural aspect of the investigation, but what sparked my righteous indignation was the idea that certain people can get away, not only with murder, but with even more caustic, more outrageous, more soul-polluting actions, such as destroying someone else's reason for living, and then leaving them to rot away in a forgotten corner of the world. (In this regard, the devastating performance by Danica Curcic as a key, mysterious figure in the case deserves mention.)

The Absent One tapped into a reservoir of anger that I didn't realize was accumulating within me. Even if it doesn't provoke a similar outrage for anyone else, it's expertly made and well-acted, a disturbing rumination that pulls for the good guys while acknowledging that the bad guys usually win.