Nicolas Cage Goes From West To East In OUTCAST Teaser 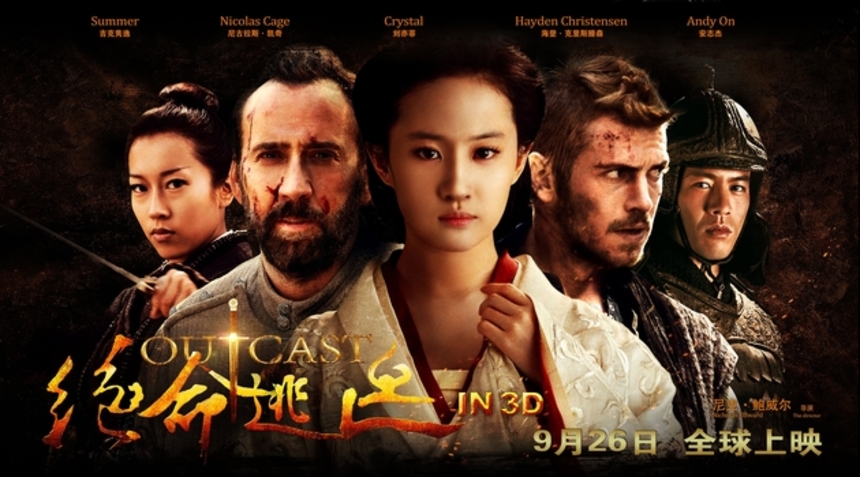 Two worlds will collide in the US/China co-production action period piece Outcast.
Nicolas Cage and Hayden Christensen star as exiled Crusaders entering medieval China and protecting Yifei Liu (aka Crystal), as princess Zhao Lian, from her evil brother, played by Andy On. The film marks the directorial debut of Nick Powell, who has extensive experience as a stunt coordinator, with recent credits including Resident Evil: Retribution and The Three Musketeers.

When the heir of the Imperial throne becomes the target of assassination by his despised older brother, the young prince's only hope is the protection of his sister, and the reluctant aid of war-weary Crusader, Arken (Hayden Christensen), who must overcome his own personal demons and rally the assistance of the legendary Crusader-turned-bandit, Gallain (Nicolas Cage), to return the prince to his rightful place on the throne.

The release date is September 26 in China and early 2015 in the U.S. You'll find the teaser embedded below.
Tweet Post Submit

Do you feel this content is inappropriate or infringes upon your rights? Click here to report it, or see our DMCA policy.
actionAndy OnHayden ChristensenNicolas CageYifei Liu