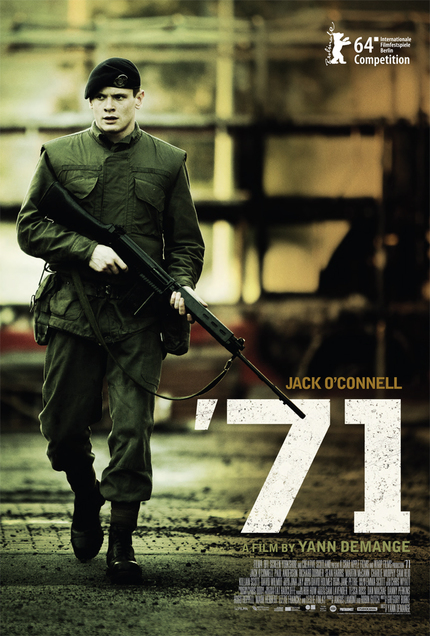 Whatever else you may say about the Berlin International Film Festival it is not an event particularly known for embracing genre oriented film. Sensitive dramas, yes. Arthouse experimentation, absolutely. And yet it was a heart pounding action thriller that emerged as the buzz title from the Berlinale's 2014 edition with Yann Demange's '71 setting audiences buzzing.

Already a known figure in the UK thanks to his hugely acclaimed inner city drama Top Boy, highly sought after music video and commercials director Demange made the leap to features with a picture that cast rising star Jack O'Connell as an English soldier stationed in Belfast and caught in enemy territory at the height of the Troubles. If he wants to survive he needs to run and get himself back to his side of the lines before being found out.

It's a simple premise but one tightly wrought by Demange and the results are remarkable. And with the UK's Guardian newspaper now premiering the trailer audiences around the world can get their first taste. Check it out below.