THE MAN IN THE ORANGE JACKET: Trailer For Latvia's First Horror Film Has Arrived! 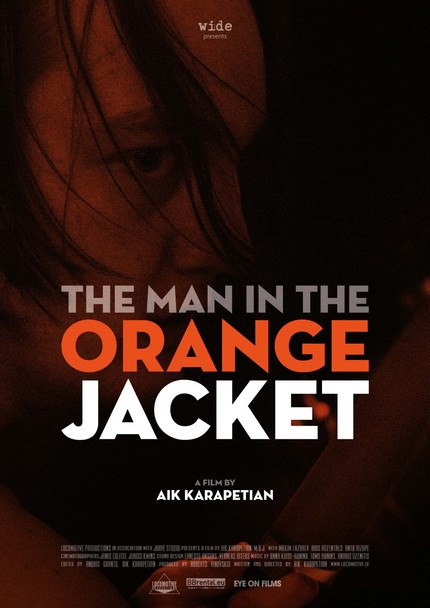 The first horror film from Latvia, The Man In The Orange Jacket, is about to have its world premiere at Fantasia Festival in Montreal and its new trailer here to tease us.

There are not so many genre films coming out of the three Baltic countries, mostly due their legacy of  becoming independent from the Soviet Union only 20 years ago. And re-establishing economy and culture (along that their cinematic language) has taken its time. The film that turned eyes to the Baltic region, in hope for more fresh genre films, was Vanishing Waves, the Lithuanian festival hit in 2012. Now Latvia has arrived to the scene with their first horror film.

Aik Karapetian, born in 1983, received his MA degree in film directing from the Latvian Academy of Culture. He went on to study in France and graduated in 2008 as a film director from Académie Internationale des Arts ESEC in Paris. Aik's debut as director of a full-length feature film was People Out There which premiered in Karlovy Vary IFF 2012 competition. The heavy social drama about the ruthless nature of the forgotten East-Block cities with a protagonist who can only depend on himself in a spiteful world, is the type of a social drama that could be easily appealing for genre fans. His second feature film The Man In The Orange Jacket is a mystery with proper horror and thriller elements and we not only hope you have the chance to see his film, but that there is more to come from the region.
Tweet Post Submit

Do you feel this content is inappropriate or infringes upon your rights? Click here to report it, or see our DMCA policy.
Aik KarapetianHorrorlatviaMysterythe man in the orange jacketThrillertrailerAnta AizupeMaxim LazarevAris Rozentals