On Sunday, July 27, Quentin Tarantino confirmed at San Diego's Comic-Con that he is directing The Hateful Eight after all. As you can recall, he was so pissed off after the first draft of the script leaked some months ago that decided to shelve the project. Later, at Cannes, he confessed the wound has been healed, especially after the script live reading he shared in Los Angeles with such stars as Samuel L. Jackson, Kurt Russell, Tim Roth, Michael Madsen, Zoe Bell, and Bruce Dern. Now the Weinsteins and Tarantino have surprised everybody with the first poster of The Hateful Eight, which is bloody amazing and confirms two things: the western is going to be shoot in 70mm Super CinemaScope and is hitting cinemas in 2015. Check the poster below! 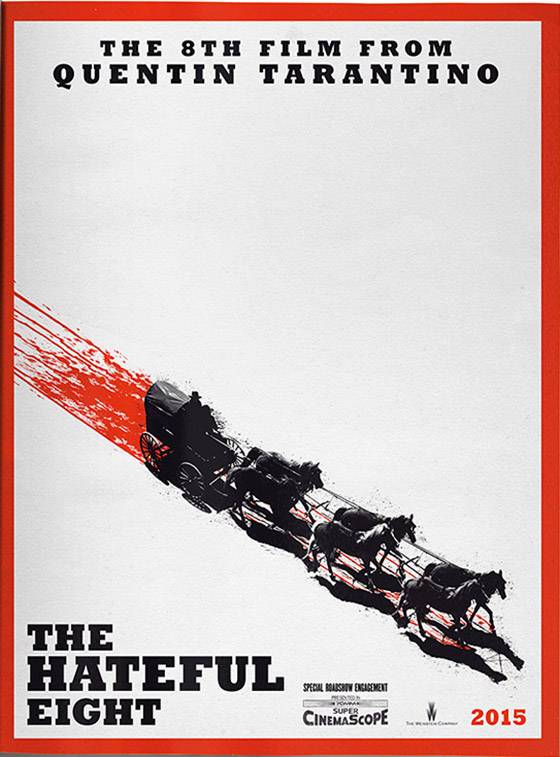 Do you feel this content is inappropriate or infringes upon your rights? Click here to report it, or see our DMCA policy.
Quentin TarantinoThe Hateful Eight