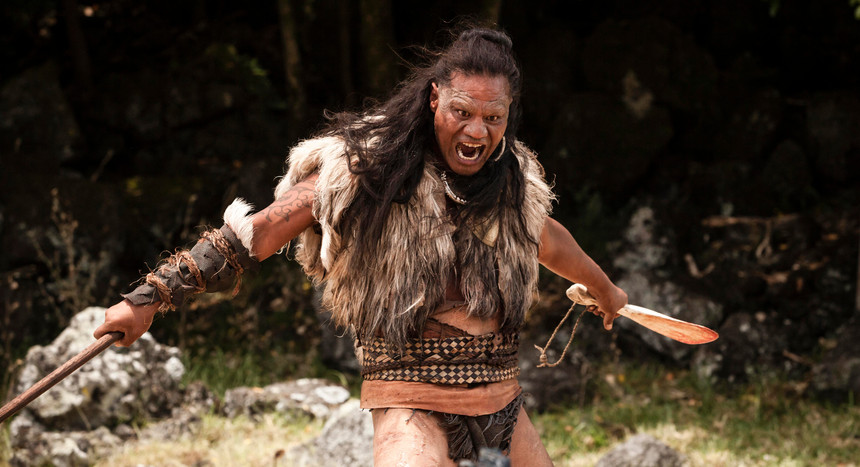 Soon to have its world premiere as part of the Special Presentations program at the Toronto International Film Festival, director Toa Fraser breaks new ground with his upcoming feature The Dead Lands. An entirely Maori language action-drama set before the colonization of New Zealand The Dead Lands captures a proud culture on screen in a way that has never been done before.

Hongi (James Rolleston) - a Maori chieftain's teenage son - must avenge his father's murder in order to bring peace and honour to the souls of his loved ones after his tribe is slaughtered through an act of treachery. Vastly outnumbered by a band of villains, led by Wirepa (Te Kohe Tuhaka), Hongi's only hope is to pass through the feared and forbidden Dead Lands and forge an uneasy alliance with the mysterious "Warrior" (Lawrence Makoare), a ruthless fighter who has ruled the area for years.

A hotly anticipated title in these parts for quite some time [in more ways than one for me, given that I'm also a partner at XYZ Films, who are handling the film for international sales outside of Australia / New Zealand and have been dying to see how people will respond to it for ages] we are proud to present the film's first, super high octane, international teaser. Transmission will release The Dead Lands on New Zealand screens in October, with any luck the rest of the world will follow very closely behind.