Tribeca 2014 Review: MISCONCEPTION Challenges What You Think You Know About Overpopulation 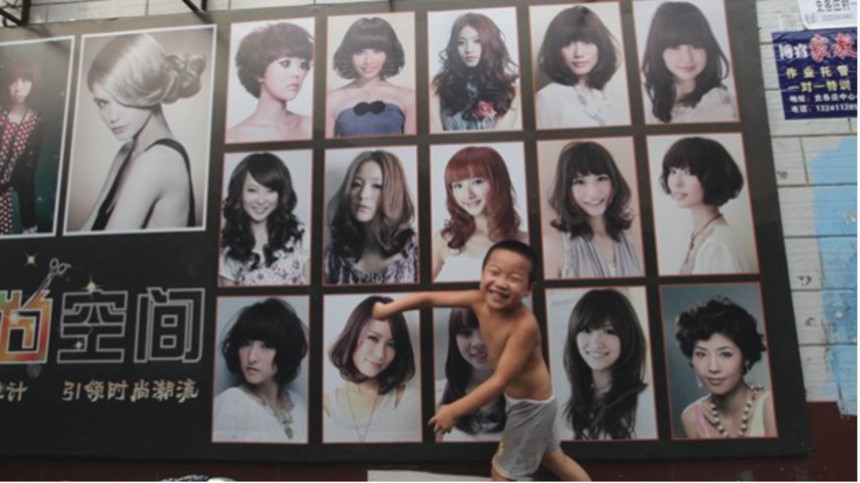 Jessica Yu has created some of the finest and most formally innovative documentaries of the past decade, such as In the Realms of the Unreal (2004) and Protagonist (2007). Her latest film Misconception, which recently had its world premiere at this year's Tribeca Film Festival, is somewhat of a step down from these in formal terms, as it is much closer to traditional documentaries than her previous work. Still, Jessica Yu brings considerable style and verve to her examination of the issue of the world population explosion, with a triptych of compelling stories that bring the vast parameters of this complex and often overwhelming issue down to a human level. Also, the film provocatively challenges received wisdom about the actual nature of the problem of overpopulation, and admirably proposes solutions for the problem. In this way, Misconception deftly avoids one of the most common weaknesses of issue-oriented documentaries: presenting us with a problem and simply leaving the viewer with little to do about it other than visiting a website or donating to a charity of some sort.

Misconception is built around the theories of its expert and adopted guru, global heath professor and statistician Hans Rosling, a popular speaker at the TED talks. The film begins with a rather sobering statistic: by the year 2050, the world population, which now currently exceeds 7 billion, will rise to about 9 billion. Rosling essentially argues that everything we thought we knew about the world population crisis is wrong, based on his analysis of the actual data concerning this issue. He has come up with some surprising findings: the number of children born per year worldwide has stopped growing since 1990; 80% of the world's population lives in societies where the average is two children per couple. In other words, overpopulation is not a problem in the vast majority of countries in the world. The other 20 percent of the world well above the two-child average, which mostly constitutes the poorest societies, can be vastly helped by providing them with greater access to basic healthcare, education, and family planning services such as contraception.

The film gives these abstract statistics a human face by focusing on three people in different areas of the world, each of which illuminate an important facet of this issue. The first, and strongest, section takes place in a logical place to start in a film about world population: China, the world's most populous country, currently at about 1.35 billion people. With a major assist from documentary filmmaker Lixin Fan (Last Train Home), who served as a cinematographer, this engaging and revealing section introduces us to Bao Jianxin, a young man in Beijing approaching 30 who is desperately searching for a wife. The countdown clock is ticking, and in addition to his own desires, he is under great pressure from his parents living in the countryside, who have reserved a "marriage apartment" for when he finds a bride.

This story shows the effects of the government's one-child policy, which was a resounding success in terms of population control, but has caused a host of social problems. For example, government policy combined with the preference for boys over girls has resulted in a large gender gap of 118 boys born for every 100 girls, resulting in some 30 million men who will potentially be without a mate. We follow Bao's efforts to find a wife, as he goes on speed-dating parties and consults with an expert on picking up women. However, Bao's quest is stymied by his unrealistically high standards and his cluelessness when it comes to dealing with women. For example, he seems not to understand that telling a woman to her face that she's overweight - as he does to an ex-girlfriend his parents try to reconnect him with - is perhaps not the best way to make yourself an attractive prospective marriage partner. Another obstacle in Bao's quest is the changing nature of Chinese society in terms of growing economic and career opportunities for women, which leads many of them to forgo marriage and having kids. This buttresses Rosling's contention that women who are presented with more life choices naturally choose to have smaller families. While this is great news in terms of the curbing of overpopulation, where this leaves men like Bao, who are in danger of being "leftover men" perennially without a mate, remains to be seen.

The second story follows Denise Mountenay, a Canadian conservative activist, as she travels to New York to attend the U.N.'s Commission on Population and Development to lobby against expanding access to reproductive services globally, since she believes this is a way to push contraception and abortion on women. Her strong convictions arise from her regrets over aborting a child at the age of 16, and her subsequent born-again conversion. The film tries mightily hard to take Mountenay's views seriously, but her awkward attempts to relate to every nonwhite person she comes across, as well as her penchant for passing out gift bags with chocolate and plastic fetuses, make this a daunting task.

The third story takes us to Kampala, Uganda, where journalist Gladys Kalibbala makes it her mission to find the parents of the many lost children out in the streets who have lost their parents through civil war, abandonment, or accidental circumstances. Uganda is a relatively small country with a population of 35 million and the 3rd highest birth rate in the world. This section of the film brings home the consequences of women's lack of access to reproductive and maternal care, education, and basic health services. Kalibbala's story has the conventional inspirational bent of many issue-oriented documentaries, but this makes it no less compelling or moving.

Misconception is ultimately a very entertaining and well-made documentary, though not without its weaknesses, such as having the lopsided quality of beginning with its most engaging and witty section, which makes the rest of the film seem less impressive by comparison. Also, the lack of other experts besides Rosling runs the risk of making his perspective the be-all and end-all of the debate on the causes and solutions for overpopulation. This dearth of dissenting voices threatens to oversimplify what is a vast and complex issue. However, we are left with the undeniably powerful idea that overpopulation can be greatly ameliorated by grabbing, to use Rosling's term, the "low-hanging fruit" solutions of improving access for the world's poorest people, especially women, to reliable facilities where their most basic needs - food, health, shelter, education - can be met. The resources and technology are abundantly available; all that's missing is the political will to make this a priority.

Do you feel this content is inappropriate or infringes upon your rights? Click here to report it, or see our DMCA policy.
Jessica YuMisconceptionTribeca Film Festival