Destroy All Monsters: We Are Not True Detectives 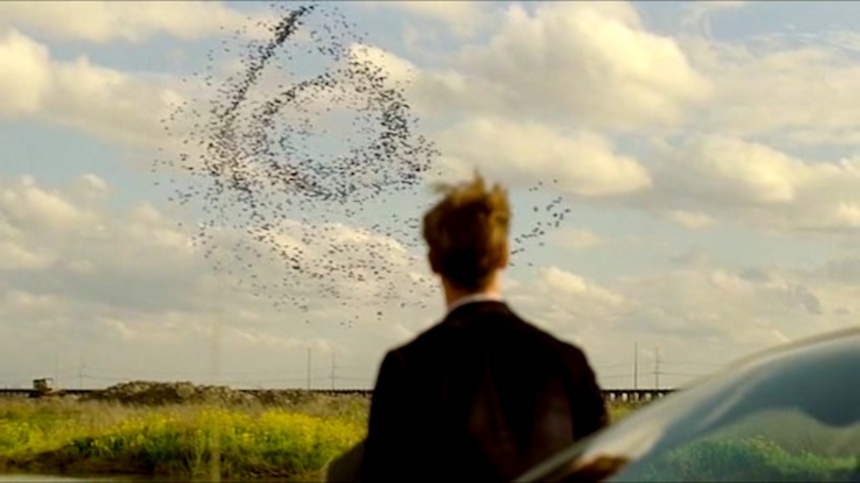 I came to True Detective late. I batch-consumed episodes 1-5 while in the midst of my own existential crisis over the course of a weekend, a couple of weeks back - which, if you're going to do this show at all, I'd argue is the way to do it. I'm looking forward to revisiting the series as a complete piece in a year or so, watching all eight segments in a single run. I suspect that's the optimal viewing experience, existential crisis or no.

Having arrived late, however, I missed a lot of the online experience of the show, which - I gathered peripherally - was eaten up by folks trying to "solve" the series' core enigma, either as mundanely as sorting out who had killed Dora Lange, or as grandly as connecting Rust Cohle's flat temporal circle to the hidden signifiers of the Yellow King of Carcosa.

I didn't really understand the urge to do so, if only because True Detective seemed to be such a discrete package of information. The series was 8 episodes long and had revealed, long before I started watching it, that this season would be a single, finite package: one story, beginning to end via middle, with no carryover into any potential future seasons.

As such, I just sort of expected True Detective to give me every piece of information relevant to its storytelling over the course of 8 weeks. Which, in the flat circle sense of time, isn't a whole hell of a long time to wait.

But, perhaps inevitably given the genre, some portion of the viewing public started obsessively delving into questions around, for example, whether Marty's daughter's dolls having been arranged just so (along with her fondness for drawing naked men with enormous dongs) was intended to suggest that the larger Carcosan conspiracy had its tendrils so deep into Louisiana's entire society that it had actually reached our heroes' homes.

And to be fair, for at least the first two or three episodes, True Detective had Heart of Darkness written all over it, seeming to be less about a couple of cops solving a murder than about two men staring wholesale into the chaotic universal vortex that rendered Mistah Kurtz horrified (and dead). Theorizing about the meaning behind True Detective's pregnant visual metaphors might, for a while anyway, have seemed like a magnificent conceptual puzzle that would crack open the show's richer meaning like Rust's overripe head.

It didn't turn out that way. I like the final brace of episodes of True Detective fine, but will admit that the storytelling turned out quite a bit more standard than I'd initially anticipated. I don't consider this a disappointment; True Detective was exceedingly well-rendered longform drama, by any yardstick.

But anyone who's spent the last two months trying to solve the True Detective Rubik's Cube must be howling like a banshee this week.

All of the attention to True Detective's microscopic (and, in hindsight, potentially arbitrary) details makes me wonder where the fascination with solving a story ahead of its own resolution has come from, and why the tendency has become so sharp lately. The endgame of these "mythology" series have become something akin to a conjuror's trick performed before a highly suspicious crowd: something to be cracked, figured out, arrived at before the magician wants you to, almost as if out of spite.

It's the LOST effect, and like LOST, I can't argue that True Detective didn't invite the amateur sleuthing that resulted. LOST, and True Detective, are both built on the backs of mysteries. (So is How I Met Your Mother, and a lot of other stuff on TV.) If a mystery is part of your structure, you owe a debt to it, regardless of whether the mystery itself is the point of your story, or just the bed frame.

Ultimately, LOST and True Detective showed themselves to be character dramas driven by mystery spines. (I have no idea what How I Met Your Mother is.) Both of the aforementioned series might be accused of having been disingenuous, or at least misleading, with their core value proposition.

LOST, particularly, built its entire audience base on the back of its whackshit questions-of-the-week, which did a ridiculously effective job of concealing the fact that each episode was, merely if quite successfully, a 42-minute study of a particular character and a particular moment of choice in that character's past (or future).

In some cases, armchair sleuthing suggests a kind of wholesale dissatisfaction with the information one has been given; observe the ludicrous attempts to "explain" the finale of The Sopranos, just because - for the broad viewing public - the answer simply could not be as simple as a cut to black.

(Damon Lindelof, LOST's co-creator, has pointed out the problem with trying to "solve" The Sopranos ending: at no point in that series did anything about the show suggest that such investigation was required by its viewers in order to apprehend its storytelling. LOST is certainly another matter, and perhaps True Detective is too, but I digress.)

There's an undercurrent of entitlement, though, beneath the fixation upon preemptively (or post-emptively) cracking the code of a piece of storytelling. On the benign side, it's a means of arranging the signifiers in a way that makes the most meaning to the particular viewer, a "me generation" approach to the entertainment offerings we're given which lets us customize their content like we personalize our Facebook walls.

On the less benign side, though, it belies a fundamental distrust of the basic contract between the creator and the audience. Whether we like it or not, in every art form besides video games, the process of creative dissemination is entirely oldschool pedagogical: Dad's driving the car, and you will sit in the back seat and wait while he gets you where you're going.

Interaction with the content we ingest is necessary and relevant. Pushing back against the author past the point of reason, though, strikes me as needlessly impatient and self-important. It's as though we all feel ourselves guaranteed, by right, to enjoy every installment of a series the exact same way we enjoyed our favourite one, or love a book from its first page to its last without allowing for the possibility that the whole book, in total, might not be our thing.

Besides: True Detective was on and gone in less than two months. If you're going to deep-read something, particularly something as honestly finite as an 8-episode mini-series, why wouldn't you wait till you'd received the whole text before starting?