Influenced by documentaries like Grey Gardens, The Kid Stays in the Picture and Inside Deep Throat, Mexican director and graphic designer María José Cuevas is bringing an intimate look at the lives of seven ex vedettes with the upcoming doc Bellas de Noche. Some of the protagonists were not born in Mexico but all of them based their careers there and became very famous during the seventies and eighties. Here's part of the official synopsis:

These former vedettes appeared in many classic mexploitation/sexploitation movies; for instance, Montenegro stars in La Pulquería (1981), Mendoza in Los Verduleros (1986) and Princesa LEA in the direct-to-video Intrépidos Punks (1980).

Now their reign has ended and their lives are marked by scandals and tragedies. They all live with that memory, trying by all means to maintain their beauty, youth and dignity, but while trying they have become a nostalgic image of what they once were.

Back in September 2013, Bellas de Noche received a fiscal stimulus (of around $450,000 dollars) and currently the project is in the editing room with the first screening expected to happen sometime in late 2014. It is definitely one of the most anticipated Mexican films of the year and now you can check out its first image below, featuring one of the vedettes (Rossy Mendoza).

Thanks to México Bárbaro's Aaron Soto for sharing with me the still. 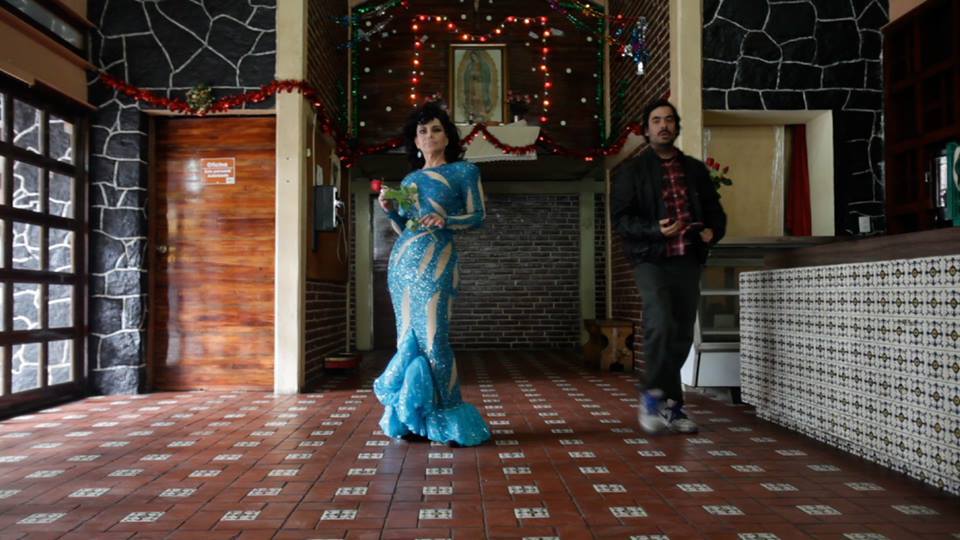 Do you feel this content is inappropriate or infringes upon your rights? Click here to report it, or see our DMCA policy.
Bellas de NocheFicherasMaria Jose CuevasMexican CinemaMexploitationPrincesa LEASasha Montenegro