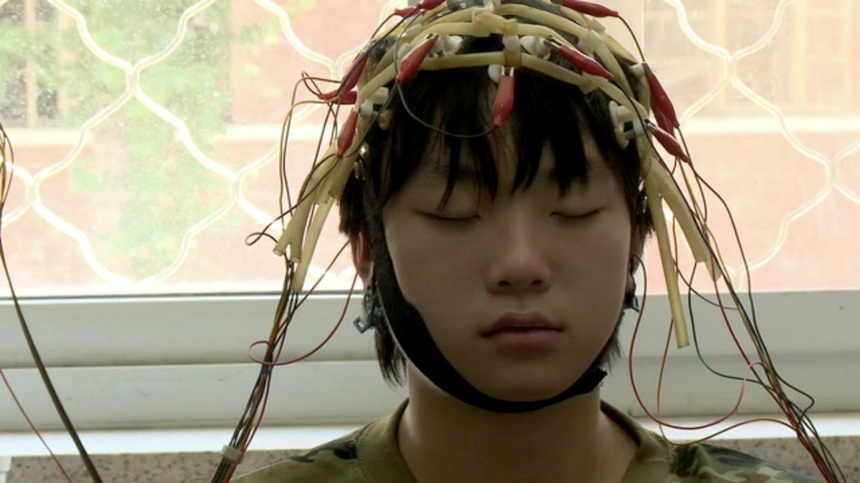 How many hours do you spend at your computer every day? Six? Ten? Eight? Well, if you answer any of those or more, according to the People's Republic of China you have a disability, a problem, a sickness, an addiction. How good or bad the standards are, is up to you, but the film tricks you into thinking that it's about internet addiction, an ailment that maybe even some of us suffer, but it's actually about online videogames, MMORPGs to be more specific, and that's what you should expect, a movie about Videogame Junkies, young people throwing their life away just to stay a couple of hours more in front of the screen.

There are literally hundreds of institutions that treat the so called "malaise of this modern age" according to gubernamental officials, but we only see one, and it's maybe one of the harshest in the large country. It's semi-militarized, there are doctors, psychiatrists and drill instructors, all of them trying to change the teenagers who enter there, either by tricks or force. There are some stories about parents dragging their kids there through lies and then are those who actually asked the soldiers positioned there to take them while they are sleeping so they wake up inside the institution.

The film doesn't take a clear stance in regards of the actual utility of an institution like this, we see how the patients there mock around and make fun of the fact that they are being institutionalized there, and at the same time they hate the way that their parents brought them there, as well as the harsh instructions that they must go through every morning and every day. As this film progresses in its short narrative, we find out deeper elements of the real addiction of the few characters that we get to know.

While Web Junkie isn't the definitive film about web addiction, or game addictions, it is a clear view of the way that China sees the problem, as in this country it's common to hear about teenagers leaving school or wearing diapers only to keep playing without having to go to the bathroom (in a way 'Make Love, Not Warcraft' episode of South Park is a more telling material of the scourge of videogame addiction).

The film does clearly want to state that the kids need help, as cases of suicide and violence are common and cleverly chosen as a way to enforce the view of the institution and not theirs of the way that they are treated and how much they need to be rid of their sickness. But in the other hand, it's nice to see how the kids take most of the runtime talking about how bad the institution itself treats them when they could be doing it much nicer and maybe getting better results.

Having personal experiences with rehabilitation, I must say that these kids might not need to be military instructed, but they do need the help, and the way that the documentary shows both sides of the ecuation is the most interesting aspect about it.

Do you feel this content is inappropriate or infringes upon your rights? Click here to report it, or see our DMCA policy.
reviewsundanceweb junkieHilla MedaliaShosh ShlamDocumentaryDrama