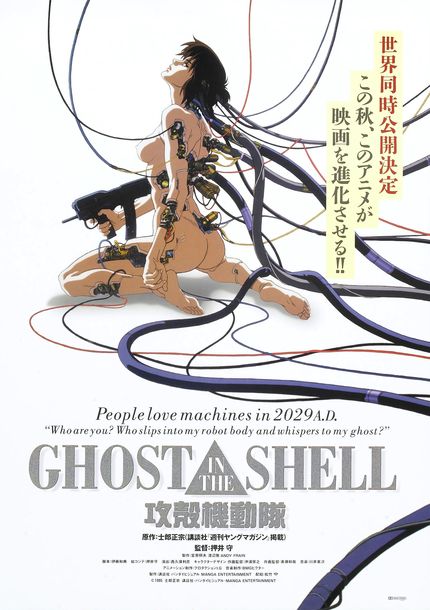 Will those who got all worked up about the live action Akira feel the same about this one? Time to find out ...

Deadline is reporting that Snow White And The Huntsman director Rupert Sanders has signed on to direct a live action adaptation of Shirow Masamune's classic manga Ghost In The Shell.  One of the most popular series of all time, GitS has already spawned two animated features by Oshii Mamoru, and animated television series (with its own feature spinoffs) by Kamiyama Kenji and is currently in the midst of a four part animated prequel series.

Set in a future world where technological augmentation of the human body has left humans themselves open to hacking, the series follows a squad of specialized police who track such body hackers while also questioning their own dwindling humanity as they are augmented to further extremes. Steven Spielberg is such a fan of the title that he personally pushed Dreamworks to acquire rights but will leave producing duties to Avi Arad, Ari Arad and Steven Paul. Given that Sanders has multiple other projects already in the pipeline it is unknown when this might go before cameras.

Do you feel this content is inappropriate or infringes upon your rights? Click here to report it, or see our DMCA policy.
animeghost in the shelllive actionmamoru oshiimangamasamune shirowrupert sanderssnow white and the hunstmansteven spielberg