David Michôd's THE ROVER: Pearce And Pattinson Stumble Through The Wasteland In First Teaser 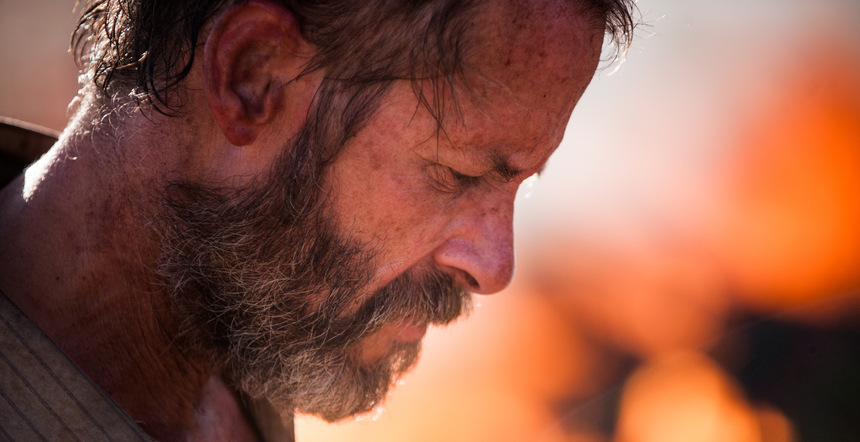 Australia's David Michôd burst onto the international scene with his hugely acclaimed - and deservedly so - debut Animal Kingdom. An intense slice of urban crime, Animal Kingdom won Michôd comparisons to a young Martin Scorsese while in the process of winning Sundance and the success of that debut has left many - ourselves included - eagerly awaiting the arrival of his sophomore effort. And for that Michôd wrote a screenplay based on a story he developed with Joel Edgerton titled The Rover. In the leads are actors Guy Pearce and Robert Pattinson.

What's it about? They don't really want to tell you. Here's all that's being said in the official synopsis:

10 years following the collapse of society, a man will go to any lengths to take back the one thing that still matters to him.

They're not telling you much but they're showing a little bit more. The first teaser has just arrived and we're proud to present it below. Yes, it looks very much worthy of the man who created Animal Kingdom. Check it out and let us know what you think.

Do you feel this content is inappropriate or infringes upon your rights? Click here to report it, or see our DMCA policy.
animal kingdomdavid michodguy pearcerobert pattinsonthe rovertrailer