THE ROVER Giveaway! Win A Poster Signed By Pattinson, Pearce And Michod! 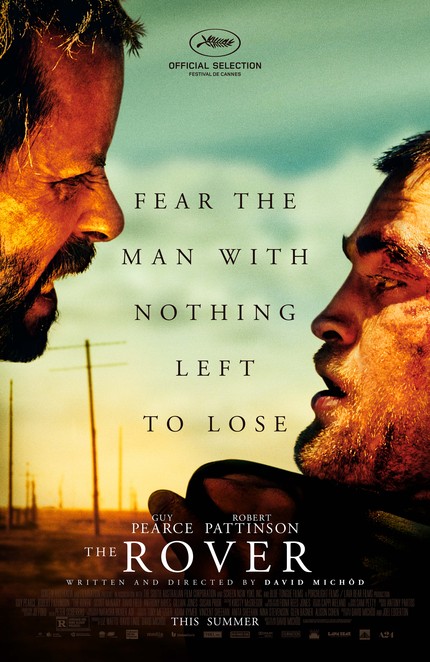 David Michod's post-apocalyptic follow to Animal Kingdom, The Rover, is in theaters now and ScreenAnarchy is very happy to have a signed poster for the film to give away to one lucky reader. Michod and his two leading men - Guy Pearce and Robert Pattinson - have all signed this thing and all you need to do to have a chance to win is write me here and name the film in which Pearce starred as a drag queen. Please include your mailing address. Winner will be drawn at random.

THE ROVER, David Michôd's highly anticipated follow-up to ANIMAL KINGDOM, is set in a world 10 years following the collapse of society. The rule of the law has disintegrated and life is cheap. The film follows hardened loner Eric (Pearce) as he travels the desolate towns and roads of the outback. When a gang of thieves steals his car they leave behind a wounded Rey (Pattinson) in their wake. Forcing Rey to help track the gang, Eric will go to any lengths to take back the one thing that still matters to him. Michod also wrote the film based on a story he conceived with Joel Edgerton.

Check out an featurette from the film below, and good luck!

Do you feel this content is inappropriate or infringes upon your rights? Click here to report it, or see our DMCA policy.
animal kingdomdavid michodgiveawayguy pearceposterrobert pattinsonthe rover