Yet Another Trailer For Perpetually Delayed Russian Horror VIY 3D 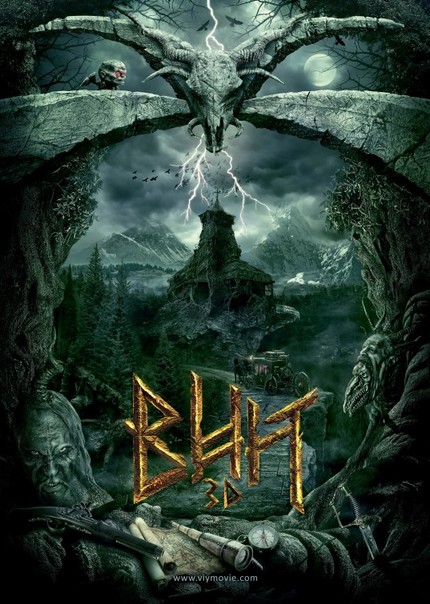 It was all the way back in November of 2005 that we first wrote about Oleg Stepchenko's Viy, an effects driven adaptation of a classic tale by Nikolai Gogol, and to describe the film's road to completion from that time as tortuous is a bit of an understatement.

With a constantly ballooning budget that is now reported as well more than double what was originally budgeted the film is now eight years on from the release of the original teaser, having been altered and re-engineered so many times that it's impossible to say what actually remains from the original work. I can say this, though: What began as a purely Russian production with an all Russian cast is now listed as a Germany / UK / Czech Republic / Russia co-production - in that order - with Jason Flemyng and Charles Dance as the top billed actors so the changes have clearly been very significant.

All of which (more than) suggests that the film should be a total mess, and yet it keeps on releasing trailers like this one which suggest that while it may be a mess it will at least be an entertaining and ambitious mess. Take a look at the latest offering below.