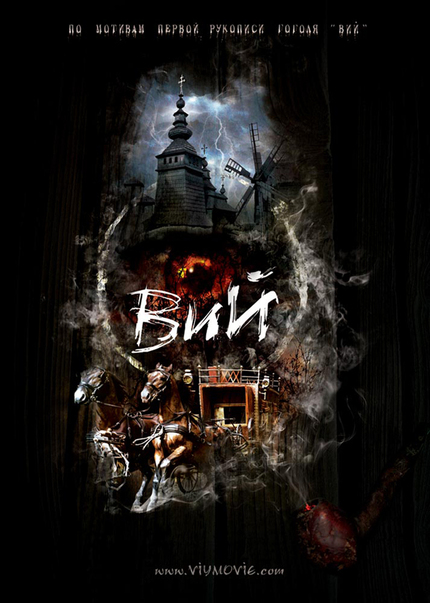 It was all the way back in November of 2005 that ScreenAnarchy first wrote about Russian horror film Viy, a remake of one of that nation's earliest horror films which is itself an adaptation of a story by Nikolai Gogol. The years since have not been kind to Viy. Massive delays, multiple reshoots, the apparent failure of more than one company involved in the film - at least in part due to massive budget overruns - the creation of an international framing story involving Jason Flemyng and Charles Dance in an attempt to broaden the international appeal and make their money back, more reshoots, more delays, more companies cycling through, etc etc etc ...

But after all of that the film is now, apparently, nearing completion at a total cost well more than double the original budget. And it has a new trailer clearly intended to appeal to the global market. Yes, there is still some of the original footage in there but this may as well be a completely different project at this point. Check the latest trailer below.