Review: Spike Jonze's HER Is The New Anthem For The Millennial Generation 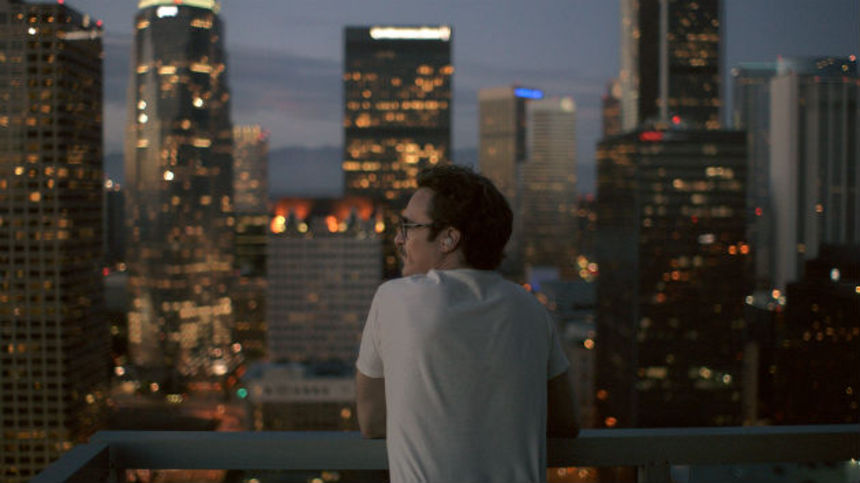 It's hard to believe that Her is only Spike Jonze's fourth feature film, since he has been in our pop-culture consciousness for a long time. With his innovative music videos and films, he's always been creating worlds that are both familiar yet just ahead of the curve.

Directing a feature written solely by himself for the first time, Jonze creates a surprisingly thoughtful and tender film here. In a mere two-hour running time, Her raises a lot of important issues about our society, which is heavily dependent on technology. And it's bound to be a cult classic.

Her refers to the new computer operating system that our sad sack protagonist Theodore Twombly (played beautifully by Joaquin Phoenix) falls in love with. She is a cross between an operating system and Siri. The setting is Los Angeles in the very near future, where IKEA and Banana Republic seem to have spawned and populated every pore of the city with their sensible furniture and clothing. In this future, everyone pretty much walks around with a cigarette-box sized mobile computer device with a wireless earplug in his/her ear, verbally dictating tasks on the screen at work, playing 3D video games alone at home, and having one-night-stands on the internet. Do these sound too close for comfort?

The genius of the film is how Jonze makes us quickly suspend our disbelief and surrender to his world. It's like how much we cared for an abandoned desk lamp in his 30-second IKEA commercial or robot protagonists in his short I'm Here. An inanimate object, in this case a talking computer, becomes a sympathetic, three dimensional being before you realize it. (Of course, it helps to have it voiced by sexpot Scarlett Johansson). And yes, there is a lot of humor to be found in many of the film's ironic situations, but it doesn't feel like a gimmick. In Jonze's view, there is no cynicism in irony. 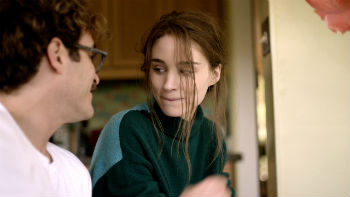 Theo is a lonely divorcé working for a company specializing in crafting handwritten, personalized letters for their clients. His insights and ability to personalize the lives of strangers are well regarded among his co-workers. Still reeling from the memories of his ex, Catherine (Rooney Mara), whom he still cares for, he finds love and companionship in his new artificial intelligence enabled computer operating system, Samantha (Johansson). She is smart, personable, funny, always available, and most of all, knows everything about Theo, because his whole life is stored in his computer.

Theo finds out that he is not the only one having a relationship with an operating system. In Jonze's world, this practice seems widely accepted. He and Samantha even go out on a double date with his co-worker and his girlfriend. As their affections for each other grow, Samantha starts to question her bodiless existence. But that doesn't stop them from having a physical relationship that plays out more like hot phone sex. But soon after the 'honeymoon period,' they are having problems like any other couple, with jealousy and attachment issues.

Amy Adams is great as Theo's sympathetic, long time friend and neighbor Amy. Olivia Wilde and Chris Pratt round out the supporting cast. But it's all Phoenix. It catches you off guard when you realize that most of the time, it's him talking to himself, carrying out the phantom relationship. It's another amazing performance from him. His sensitive, vulnerable modern man persona is instantly recognizable and relatable.

What's remarkable about Spike Jonze's films is that regardless of his boundless cleverness, there is always an emotional core and sincerity inherent in his work. With Her, Jonze also proves himself to be a very acute observer of the hypersensitive generation that was raised on the computer. Her will resonate and undoubtedly garner a cult status among Millennials, just as Fight Club did with Gen X.

Dustin Chang is a freelance writer. His musings and opinions can be found at www.dustinchang.com.

Review originally published in slightly different form during the New York Film Festival in October 2014. The film opens in select theaters in New York, Los Angeles, and Toronto on Wednesday, December 18, and then will open wide on January 10, 2014. Visit the official site for more information.

Do you feel this content is inappropriate or infringes upon your rights? Click here to report it, or see our DMCA policy.
Amy AdamsJoaquin PhoenixRooney MaraScarlett JohanssonSpike Jonze