Meet the Grand Cast of THE GRAND BUDAPEST HOTEL 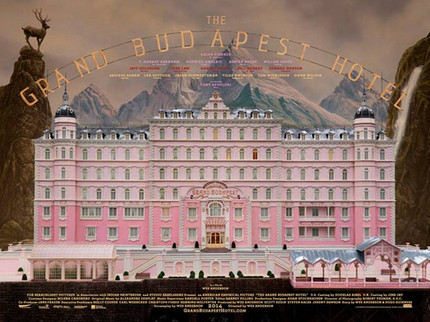 I'm very tempted to go to Berlinale in February just to see Wes Anderon's new film The Grand Budapest Hotel open the festival. Past romance, part Agatha Christie-style mystery, Anderson has gathered some of his usual troupe (Jason Schwartzman, Bill Murray, Willem Dafoe, Owen Wilson) and added in some brilliant ones (F. Murray Abraham, Saoirse Ronan, Léa Seydoux, Mathieu Amalric). And hats off to him for finally giving Ralph Fiennes a comedic role, the man does not get enough of those.

This new trailer is an introduction to many of the fantastical characters for 7th feature.